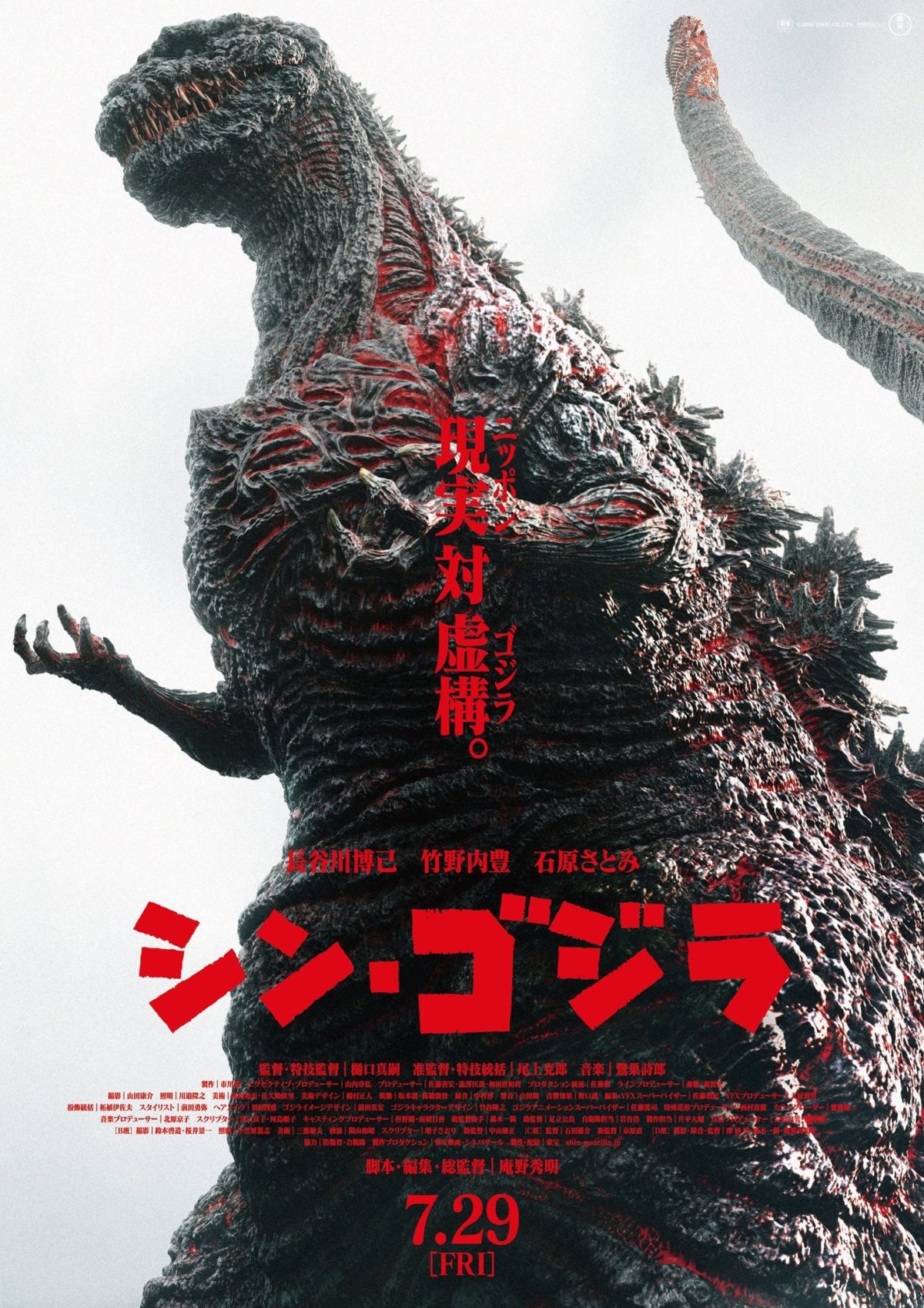 Recently I've watched the Godzilla anime, which are silly but sometimes fun. So, I felt I should rewatch Shin Godzilla, the most recent live-action Toho movie, by Hideaki Anno. I saw it in theatre, but I remember little of it.

The start isn't at all clear about the timeline. GMK, my favorite Godzilla movie, was based on only the original movie happening. This one doesn't even have that, Gojira has a new origin story.

The early form is ridiculous, it (normally I refer to Gojira as "she" since Minilla, Gojira Junia, Godzuki, and the terrible Roland Emmerich movie imply that she can reproduce; but here that's not the case so "it") looks kind of like Anguirus. Then it "evolves", recapitulating the costumes from the entire series… By the end it's the late '90s overpowered disco-ball of lasers form.

The mid-movie rampages are fantastic, and the SDF and US forces put up a good fight. This entire sequence is one of the best Gojira fights in any movie. Just horrifying and beautiful.

But the politics are most of this film, and Japanese politics are slow, boring, bureaucratic, bloodless and cowardly. Even if it's meant as parody, it's just not funny, it's exhausting. They literally spend half the film doing paperwork and formal meetings. The young rebel politician Yaguchi is OK, but the vast herds of men in bad suits and binders are so dull, and the supposed half-Japanese American attaché has maybe the worst fake-American accent I've ever heard. There are several others who have bilingual lines, so I don't know why they cast her.

Finally the heroic plan engages, in a race against the most stupid plan possible. They actually know what they're doing, get all the computer simulations and chemical engineering, use the city to fight Godzilla… But it's very stationary, and I find it anticlimactic.

★★★½☆ And it'd be lower if not for that epic central battle.

The ground-crawling instar is so adorable. It's the tiny head and goofy smile it has.

I find the Japanese bureaucracy as villain more interesting this time.