"This one a long time have I watched. All his life has he looked away, to the future, to the horizon. Never his mind on where he was, hmm? What he was doing. Hmm. Adventure. Heh. Excitement. Heh. A Jedi craves not these things."
—Master Yoda

Sigh. I wasn't going to watch any more of these Disney "Star Wars", but I'm a completionist and a glutton for punishment and terrible movies.

The special effects are fine, the sets are great, the 5-act plot of train job-failure-heist-Kessel Run-treachery is predictable and badly written, but it's no worse than usual for Disney.

The soundtrack is a lame ripoff of John Williams' score. Long stretches are too quiet, a few spots are very heavy-handed covers of the Force Theme or other parts of larger songs. I guess I don't expect John to still compose at his age, but this was ham-fisted.

The incompetent schmaltzy Ron Howard direction and the terrible acting are the main problems. Everyone involved in this should've been fired and started over.

Alden Ehrenreich is not a pretty boy, and he's a blank, emotionless drone, a terrible Harrison Ford replacement. His Han Solo is brash but never fun.

Emilia Clarke as Qi'ra is sort of Leia-like in looks, but she does nothing really, has little spine, mostly there to threaten to motivate Han. She has a position and combat skills, but they're used only when nobody else is available.

Woody fucking Harrelson as Beckett. What the hell. Just a terribly out of place character, Woody's never really been an actor, the script asks nothing of him and he delivers it.

Joonas Suotamo as Chewbacca since Last Jedi is… OK. Chewie has a couple scenes where body language matters and plays the part well. Certainly the best dialogue in the film.

Donald Glover as Lando is as relentlessly mediocre at this as he is at everything else he does. He plays a vapid, cape-obsessed, loathesome, un-lovable un-rogue version of Lando.

The rest, Val, Rio, the crime lord, Enfys Nest, and so on, have no depth or plot arc to even make their characters matter.

You already know all the beats this has to hit to put every Han Solo backstory element in a single movie, a few days of his life. Then he sits around in a Tatooine bar for 20 years waiting for Luke and the old man to show up. 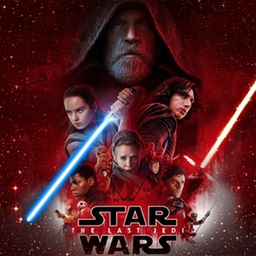 In the "that took a long time" category, I finally hit play on SWTLJ in my Netflix queue. I've been disappointed in all the new ones, so I didn't expect to like this. I'm drinking cheap wine and not in a great mood, perfect.

SPOILING THE ENTIRE MOVIE STOP DO NOT CONTINUE UNLESS YOU DON'T CARE, WHICH IS TOTALLY REASONABLE. THIS SUCKS

Holy shit this starts dumb, with Poe crank-calling Hux. I thought that was a joke meme, but no, it's actually a scene with "Admiral Hugs" and "your mother" jokes. The single fighter vs giant starship point defenses thing is nonsense especially since they should have learned since the Death Star. The bombers have really shitty fire control systems, and then somehow are gravity-fed. In space. They're not missiles, they're "bombs" which drop "down". What is down? So stupid.

Old Man Luke is annoying, but he's doing the Yoda thing, so annoying is in character for once. That's the only plot- and character-consistent thing I see in this shitshow.

The long tail chase with the few Resistance and First Order ships, and the centralized command system they use where one shot can behead the fleet, is so stupid. Scatter the ships to the wind, with randomized meetup locations, and no amount of tracking will help. Everyone in here is an idiot; Finn's attempt to flee is the only sign of sanity.

Now let's zoom off to a sidequest at a casino, like I do in JRPGs; sure, sure, fate of the world, first I have to race and breed Chocobos. The casino should be fun, altho it looks too much like a modern Vegas casino. Instead it's preachy because Rose hates fun. Also there's no way these scruffy degenerates get into a classy casino with a dress code. Also nobody in this will be implanted with Ovion eggs, or have Cait Sith join their party, which is what they deserve.

The endless "psychic phone calls" between Rey and Kylo are like a teenage soap opera, and the low-tech camera cutting is awful. Can't be bothered to even project force ghosts in the scene? Actually, now that I think of it, there are very few scene wipes for transitions in this, which is why it feels so jarring. It's all hard cuts with no context. The director's incompetent.

Burning down the Jedi "library" is typically ham-fisted metaphor for Disney Star Wars burning all the Expanded Universe and classic Star Wars. They don't care, and the callow youts of today aren't capable of reading. Yoda drones on and on, which is not at all Yoda-like, but the writer's a moron and doesn't know or care.

The mutiny is terribly executed. Admiral Bligh, er, Holdo is incompetent, but Poe has no idea how to use handcuffs or a brig? Abandoning warships so you can hide, when the First Order fleet still has scanners, is moronic. Instead of all but 6 ships exploding, it really should be all.

Snoke's always been a bad ripoff of the Emperor, but at least the hologram in The Force Awakens left the possibility he'd be 1m like Yoda; nope, he's human-sized, and basically parrots the Emperor's lines from Return of the Jedi. The duel in the throne room isn't bad, not amazing but the only good, Star Wars-like content in this film so far.

The only characters with any chemistry in the entire movie are Poe and BB-8. In The Force Awakens, it looked like Poe and Finn were gonna hump right on camera; they barely look at each other here. Rose tries to pull off a relationship with Finn, but it's not there.

I look back at Star Wars, and the love quadrangle between Luke, Leia, Han, and Chewie was amazing. They were junkies hooked on each other. Leia and Luke only meet once in this movie and it's a quick, tired goodbye. Chewie has some cameos (and a bizarre infestation of CGI animals) but is never around Leia, and then vanishes. R2-D2 and C-3PO also get one line together.

The CGI animals and rocks in multiple scenes are so awful, they make Lucas' "special editions" look tasteful. This isn't quite Star Wars Rebels level of shitty cartoon CGI, but it's bad, very inappropriate.

Luke's death is pointless, repetitive of Kenobi's duel with Vader, because the moron writer can't write anything new, only recycle. The Just For Men beard before that is preposterous, though (worse than fake-young CLU in TRON: Legacy, which at least A) was set in a videogame, and B) is a vastly better film than this).

I knew going in that this would be bad, Extruded Star Wars-Like Product, but holy fuck. It's one of the worst-written, worst-acted things I've seen in forever.

In The Last Star Wars Movie, I suggested terminating the franchise, but still ranked TLJ above the Prequels-Which-Don't-Exist. I may have overestimated this trash.

I can't tell you how important hundreds of viewings (some in theatre, rest on laserdisc) of Star Wars and Empire were to my young brain. And duels between little Luke and Vader action figures in cardboard and styrofoam sets I made. And weird and annoying rogues and freaks smuggling drugs and blowing things up for the Rebellion in SWRPG.

But I don't think it can ever be captured and repackaged again. The kids today are too whiny to be competent heroes or sympathetic villains, so it doesn't work. The original movies must look incredibly derivative because everyone's been ripping Star Wars off for 40 years.

It's OK to let old properties die out. Let it die with a whimper.

The same thing's happened with Dr Who. The original series (for me, Jon Pertwee, Tom Baker, Peter Davison) was low-budget, and you had to pay attention for a half-hour a day for a week (500% longer than modern attention spans), but it was actual science fiction with ideas; everything since the awful American TV movie and the reboot's been a dumb Hollywood action show with a magic wand and a lot of screaming and running around nice sets. They would have been better off making a new franchise, and sort of tried with Torchwood, but any pretense that NewWho has anything to do with an old man and granddaughter quietly investigating the past is nonsense. 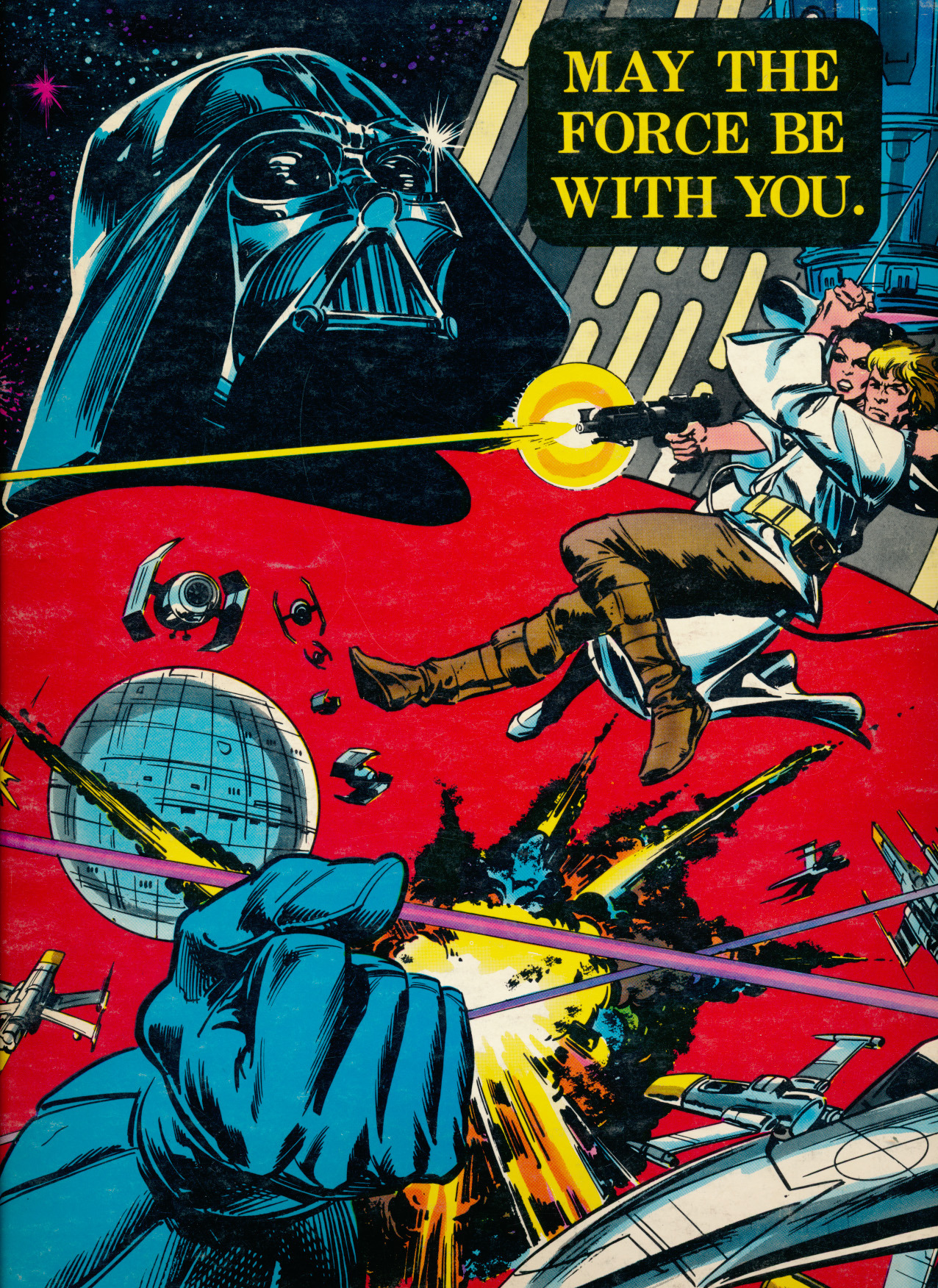 Why is my coleslaw "Star Wars" branded? What possible advertising synergy is there between these?! "Luke, I am your father, and you need salads to stay regular!" 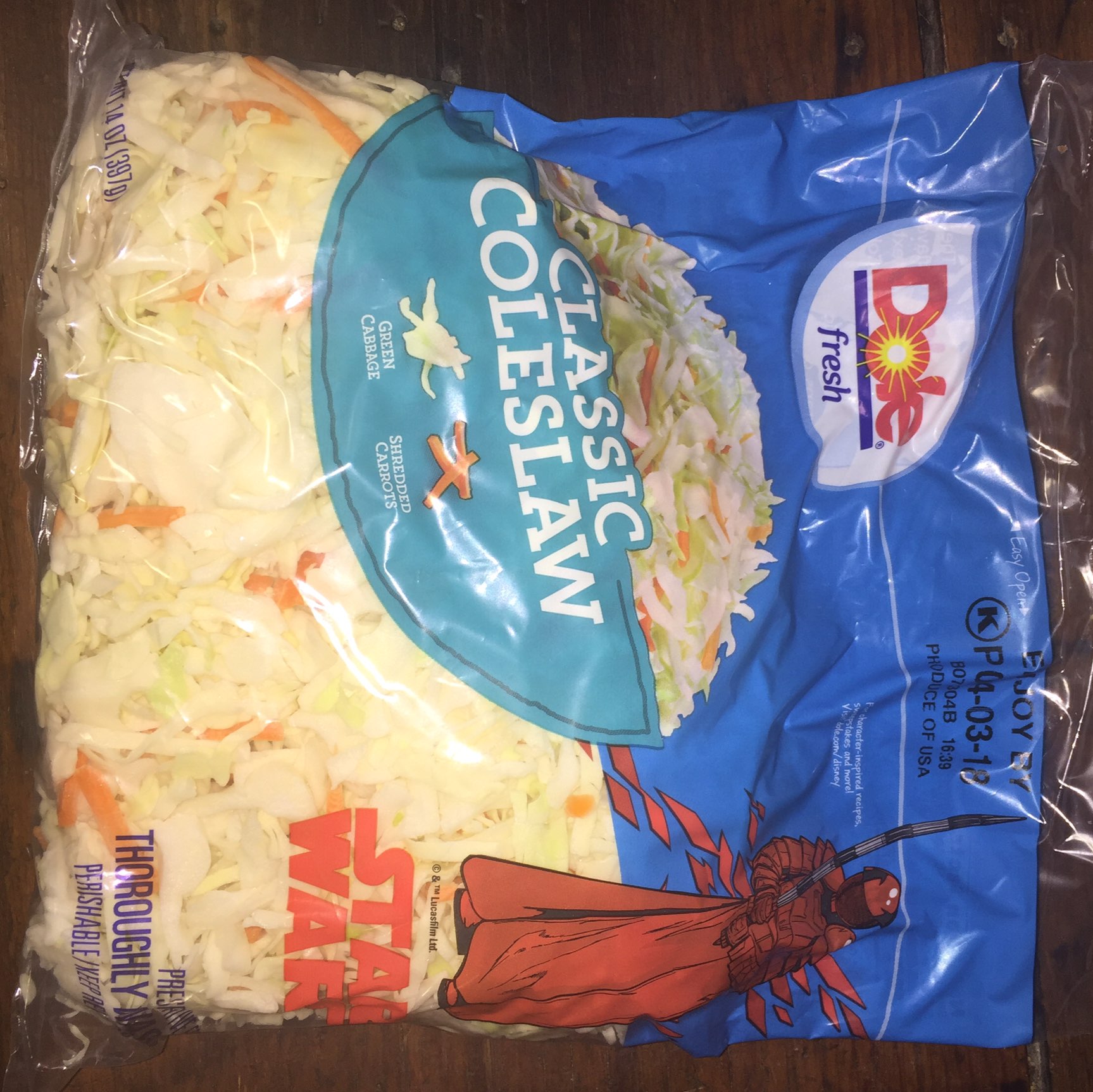