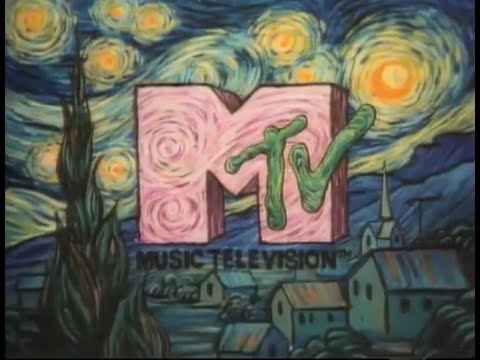 So I downloaded it with youtube-dl (after more annoyances with MacPorts updates ) and a helper script ytplaylist: [updated 2019-06-22]

where $1 is the actual playlist URL; "show video list" under the video player or pick from DNA Lounge playlists

Now I have a folder full of properly-named videos. VLC can be opened from the shell with:

Frustrated by VLC constantly resizing, I then ignored the problem for most of the morning, finally wrote resizeWindow.applescript:

Now I can just leave it running to update every 5 seconds:

Slight annoyance, sometimes it's still expanding the size further down than it should until I size it smaller, and then it works. Fucking software.

I don't know that what I've done is productive in any way, but I have my MTV.

The kids are disco-dancing
They're tired of rock and roll
I try to tell them, "Hey, that drum machine ain't got no soul"
But they don't want to listen, no
They think they've heard it all
They trade those guitars in for drum machines and disco balls
We can't rewind now; we've gone too far
Internet killed the video star
—The Limousines, "Internet Killed the Video Star"

I don't know how much I'll do this year, but I'll do it in Chicken Scheme as a way of improving the text-processing and math functions in my library, and publish it. Source is now on gitlab, above.

The competitive part is still bullshit, the single starting time of midnight EST is utterly useless to most people who could participate; even in Pacific time, that's late at night. On my quiet night schedule, that's way too early to wake up; in Europe, that's 04:00 or so, long before coffee could percolate. Mid-workday for Korea & Japan. So, only for Finns and Russians? 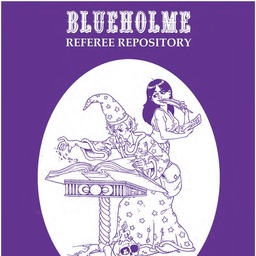 Just a collection of the charts from Blueholme, plus a new chart listing all the monsters with Size, AC, HD, Movement, Damage, Align, Treasure, Page; that's super helpful for a game with some weird monsters.

The front and back covers don't show up in Preview or Skim on Mac, only in Adobe's reader (ugh), but the clean art version does on page 3, and the interior seems to render fine. There's some scaling & half-toning artifacts in a few pieces, some of which are rendered differently but also wrong in Adobe. I think the editor needs to ship printable and screen versions.

There may be too much whitespace and large fonts. Holmes was Futura 10 or 11pt, mostly tightly-packed paragraphs; maybe that's too small for quick reference sheets, but this goes too far the other way. The art's great, though. Like the main book, it has the tone of the original Holmes boxed set, but modern artists.

You could make a home-made Referee screen out of these pages, but you'd have to do some editing: Pages 16-17 are the combat charts, but Turn Undead is buried with the classes on page 7, and page 11 has the movement & getting lost charts.

Coincidentally, I'd been thinking about and writing some notes for using Blueholme in a Discord or Skype chat game, so this comes at a good time.

You may think "Mark, you're exaggerating when you say:"

In order to run Windows, you need to have a total lack of aesthetic sense, a willingness to put up with "updates" that brick your computer, a tolerance for Microsoft-Quality™ software ("let's add more buttons to a ribbon bar and ship it!"), and a willingness to use junk hardware that consumes twice as much power as needed and makes noise all the time.
—me, yesterday

And then immediately an argument broke out on Mastodon where someone (I'll not shame him here) claims aesthetics are unnecessary and ruining the world, artists are frauds, a computer held together with zip-ties is good, and runs better than a pretty, well-built machine (what's EM interference? what's noise? why doesn't Windows wifi work? He does not know.)

These people exist, and are the majority of the customers of Microsoft and other artistically-void software companies.

And I have to point back to Steve Jobs, in 1995, just before NeXT got "acquired" by Apple and immediately took over: 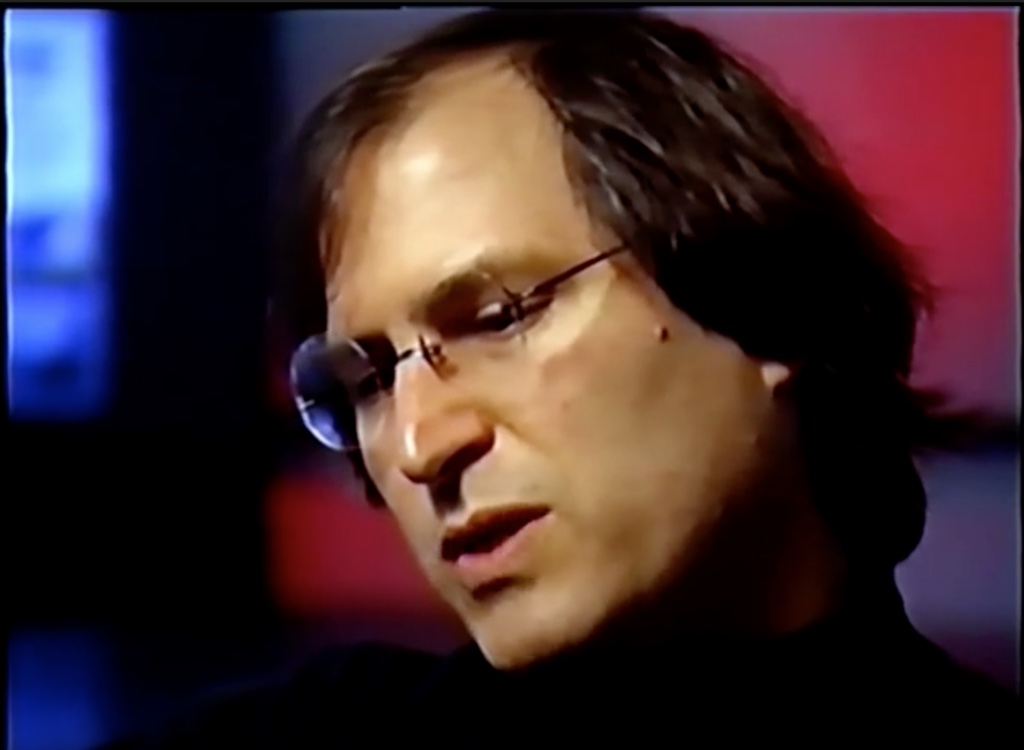 What we've got here is, a total failure to understand the purpose of the device or the OS.

A somewhat long sidebar here, state of the world in desktop operating systems:

Of course, I say that, and:

So, end sidebar, the reason you buy Mac hardware is to run Mac OS X, the least bad hardware/software combination available in this horrible century.

Most of those tasks require it to be small, quiet, and still attractive if it is visible.

That seems like a reasonable Mac workstation, if it had more RAM. +$200 to get 16GB RAM is OK, +$600 to get 32GB RAM is overpriced, +$1400 for 64GB is "bend over and squeal like a pig". You can get 64GB of the same RAM for under $500, and there's a Snazzy Labs RAM Upgrade Tutorial and Teardown; the disassembly doesn't look fun, but worth doing if you're going to use it as a server. A casual user can live on somewhat less RAM with the Apple RAM tax. 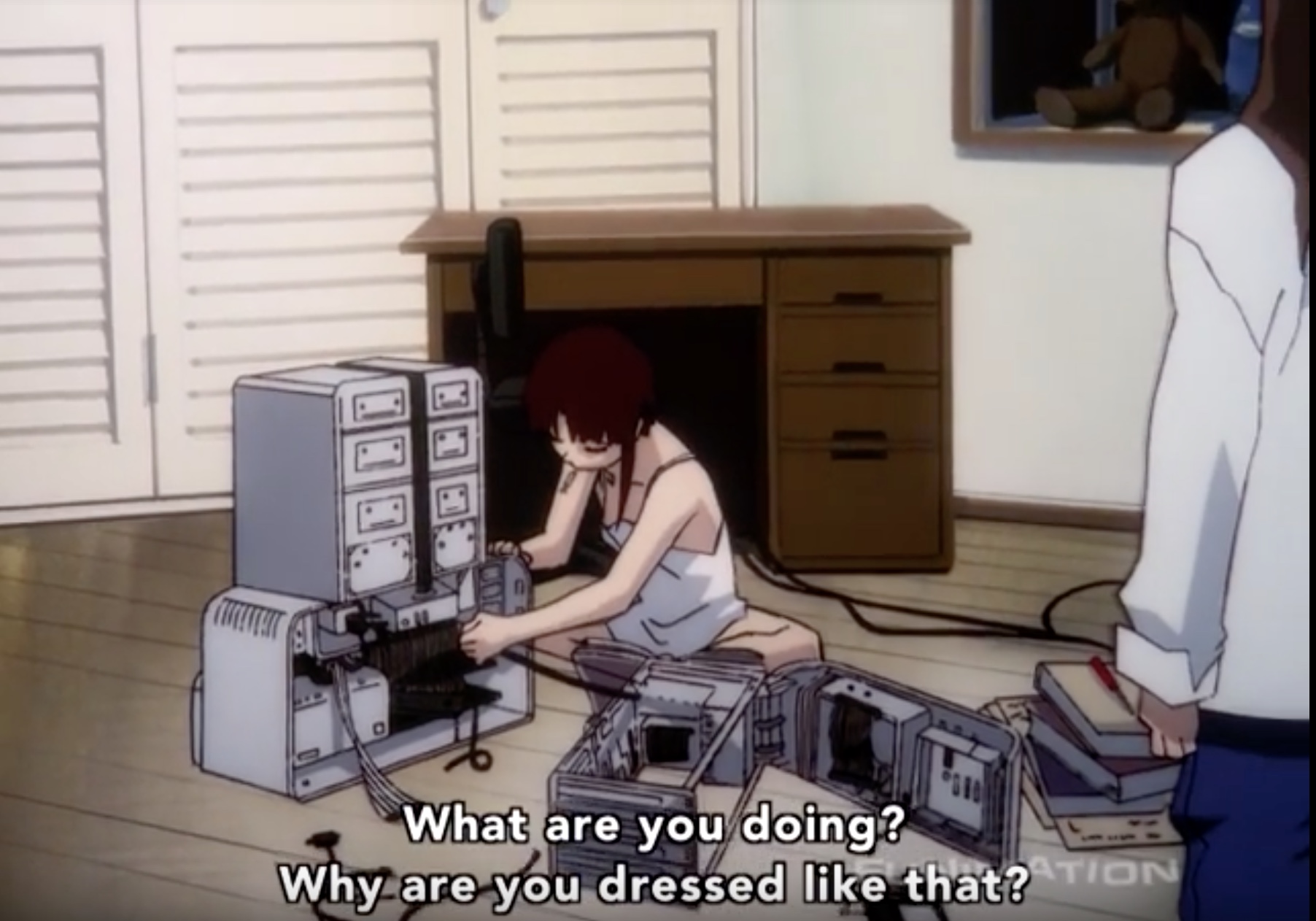 Apple doesn't price based on hardware costs (except for RAM, which they tax 50-300% over cost), but on where it fits in a Portability/Power chart, starting at $1000, because you're buying "machine that runs Mac OS X", not "random collection of parts that does not run Mac OS X". You'll never see Apple micro-adjust prices day to day as part prices or exchange rates change, because it has nothing to do with that.

If you want to upgrade an Apple device, other than RAM in some models, you sell it at a high resale value and buy a better one. Garbage computers are useless in a couple years, cost more to replace parts than they're worth, and have no resale value at all.

If you want to repair an Apple device, it's either free for as long as your AppleCare lasts, or $100 in most cases. Don't keep open containers of liquid on your desk (*), don't abuse your expensive hardware, and the repair isn't a problem (notably, the same guy at Snazzy Labs fucked up his iMac Pro and Apple unsurprisingly told him to go piss up a rope).

*: I wanted to link in the atp.fm episodes where John warns about this, and then gets to say "I told you so", but I can't find them with obvious keywords.

Why isn't there a show about coffee? Like, set entirely in a coffee shop (Friends and Frasier spent only some time there, too much time in preposterously large apartments). Only talking about coffee. Wacky coffee-related hijinks, or grim dark Scandinavian-style coffee-related drama. Licensed brand coffee, good stuff, available in every store.