Almost normal mecha show episodes: NERV HQ is shut down by unknown attackers by unknown means so everyone has to infiltrate the base and do a launch manually. Security really isn't very good when the power's down, three children are able to break into NERV. And then the orbital bombardment… Accurately understands the kinetic power of dropping things from orbit. The "miracle" of holding your hands up and wishing (OK, with an AT Field) is a little cutesy.

Maybe the NSA shut NERV down with STUXNET. You know in this setting the US espionage services would be incredibly perturbed at Japan having such an essential resource, we've seen "UN" ships with very obviously US-supplied Naval officers being pissy about it.

Misato's backstory and damage, similar to Shinji's and Asuka's, leaves her easy prey for Gendo's schemes. All the awkward people are excluded at the party, while the noisy ones make a mess. The phone call with Shinji and Gendo is just terrible, "Don't put him through

The Angel designs in this one are very goofy, the Johnny Quest-looking spider with dripping eye-chor, and the orbital happy-face thing. As we'll see later, there's not a universal leader behind the Angels, Adamic life doesn't seem to be able to coordinate or communicate with each other (and only occasionally with the Humans), they're just trying to reach Adam or Lilith, so each one comes up with its own plan and carries it out.

While sailing to the Antarctic recovering the Spear of Longinus, Gendo & flunky muse that Humans survive because of Science. I think it's more that a swarm of Humans collaborate, which beats the vastly superior solitaire Angels. 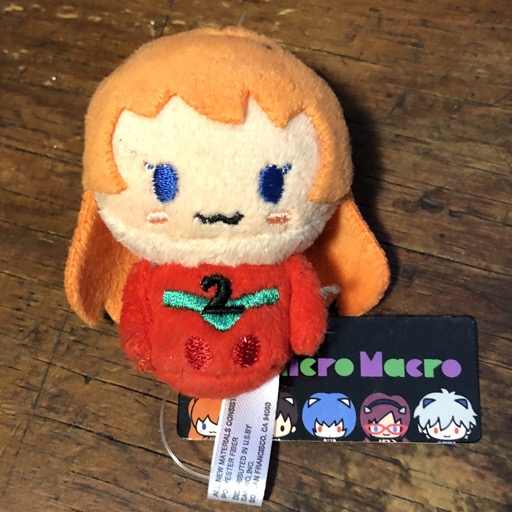 Stopped just short of Asuka. That's too much to leave as a cliffhanger for one day.

Rei's early appearances are even more stiff and awkward with everyone except Gendo than I'd recalled. She is an utter robot, not even autistic or depressed and withdrawn, but just not there. That weird smile is almost worse than nothing.

Misato in a towel, and Rei in a towel or nothing at all, the fanservice was a little heavy still, but less than the first few eps. Misato's morning ritual is how I lived my 20s, too, but sooner or later that catches up with you. Just coffee now.

If you're missing the old ED music instead of Rei's theme, because the songwriter and 26 artists couldn't make a deal with Netflix:

The reviews are in!

Netflix isn't providing subs for some of the text screens, but they're usually duplicated later in English (at second commercial break?). I can read enough kana to recognize things like the roommate chore board being all シ (Shi, for Shinji) and just a few ミ (Mi, for Misato), which is funny because she won't even do those days. This is really motivating me to get back to learning Japanese properly, because just reading nonsense words is frustrating. I accept that my calligraphy will always be shit. 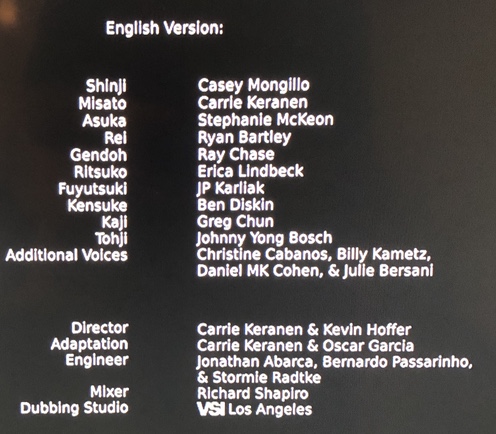 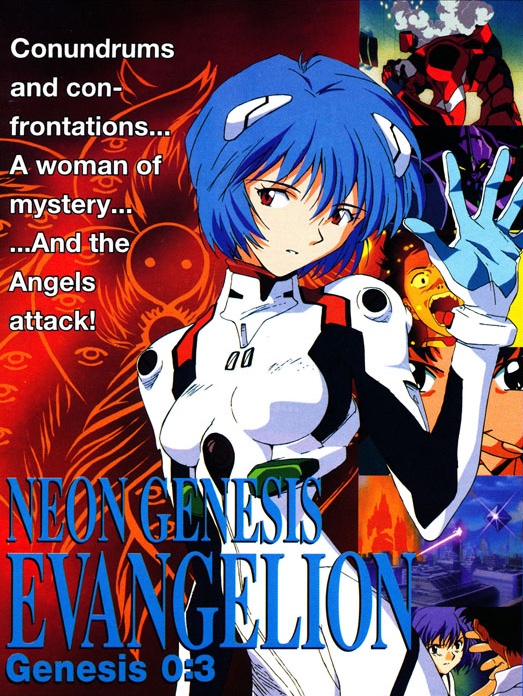 There's lots of theories about what order to watch. Just watch it straight through, maybe no more than 2-4 eps per day because this is some heavy shit for what's ostensibly a "mecha anime". Definitely watch eps 25 & 26 and then the movie, End of Evangelion. Evangelion Death(True)² is a recap/remake which is entirely optional, but fine afterwards; I barely recall Death & Rebirth.

If you're very confused, that's fine, that means its working. Keep watching.