I wrote a text adventure:

It's like 15% complete, you can reach the first of four "recursions"/other worlds but then you're stuck. And today it only has a Mac console binary (you can run it from source on other platforms, with a little effort), I'll get on the cross-platform compiling and Terminal wrappers tomorrow, but this is a playable thing under a deadline!

And here's some happy reading material about the future we could've had, if Humans hadn't been such deranged warmongers, and instead spent our money & effort usefully:

Apple Music was no help today:

I'm really not "into" Michael Jackson, especially not twice. I assume it took him appearing on GotG Awesome Mix as support. So I just went thru and hit Dislike on every one of the little creep's albums, hopefully this never happens again. I keep suggesting to Apple Music to let us block an artist we don't like so they never reappear, and they've done no such thing. Somewhat ironic: His last few albums were Invincible and Immortal; not so much.

I ran a dumb Sieve of Eratosthenes benchmark on a few Schemes. I have previously found idiomatic Swift 3,151x slower than C so surely a GC'd LISP can't do that great, right?

Chicken (compiled) and Chez do great; I would expect Chez to do better on a less numeric example, this kind of array-humping is what Chicken's perfect for, since it just compiles to C. Chicken's interpreter is ridiculous, in dev it's fine for seeing if something works, but you'd never ship that. Racket's sad, and it gets worse if you try to do anything productive. Biwascheme was impossible to even test properly, but at 10% completion it wasn't going to do anything useful.

Also, I want to complain about every Scheme having a different way to call the interpreter as a script, and invoke main with command line arguments. NOT A ONE of these are consistent, and only Chicken does what's reasonable.

So, in "classic" Scheme (up to R5RS), there were no structs/records/classes. You could fake them with a Vector and writing all the accessor methods by hand, but it sucked.

SRFI-9 added a very minimalist record type with a lot of repetition, and no inheritance, though at least SRFI-17 fixed setters.

R6RS (as implemented in Chez Scheme) added a much more powerful system with inheritance and constructor methods, but half the Scheme community hates nice things and voted it down. There's a half-assed reimplementation of R6RS in SRFI-99 and sequels, but it still doesn't have read/write mechanisms. R7RS still only ships with SRFI-9 built in. Unbelievable mess.

Chicken has a convenient define-record macro, and read/write methods, but by default uses SRFI-9, and hides SRFI-99 in an egg; so chicken-install -s srfi-99 and then (import srfi-99) everywhere, and then write a ton of boilerplate for every type. So I just automated it with Python (doing string parsing in Scheme is more annoying):

Documentation is in the module help (or just read the source, Luke). I use it by writing the Chicken macro (define-record Point x y), then at shell:

Note that none of this really gets me an "object-oriented" system, but records are sufficient for most programs, and inheritance works with define-record-type. There are OOP systems but I don't especially like any of them so I'm passing on them for now. 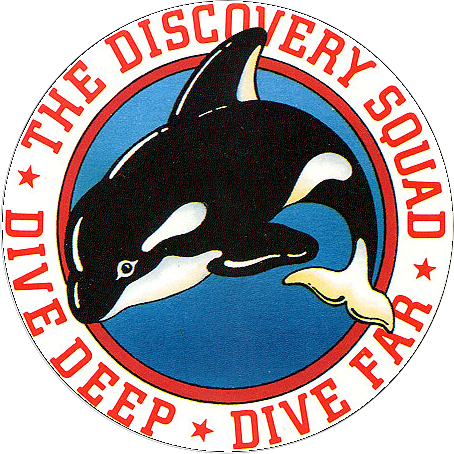 I am exploring a new medium for telling stories.

My readers should become immersed in the story and forget where they are. They should forget about the keyboard and the screen, forget everything but the experience. My goal is to make the computer invisible.

I want as many people as possible to share these experiences. I want a broad range of fictional worlds, and a broad range of “reading levels.” I can categorize our past works and discover where the range needs filling in. I should also seek to expand the categories to reach every popular taste.

In each of my works, I share a vision with the reader. Only I know exactly what the vision is, so only I can make the final decisions about content and style. But I must seriously consider comments and suggestions from any source, in the hope that they will make the sharing better.

I know what an artist means by saying, “I hope I can finish this work before I ruin it.” Each work-in-progress reaches a point of diminishing returns, where any change is as likely to make it worse as to make it better. My goal is to nurture each work to that point. And to make my best estimate of when it will reach that point.

I can’t create quality work by myself. I rely on other implementors to help me both with technical wizardry and with overcoming the limitations of the medium. I rely on testers to tell me both how to communicate my vision better and where the rough edges of the work need polishing. I rely on marketeers and salespeople to help me share my vision with more readers. I rely on others to handle administrative details so I can concentrate on the vision.

None of my goals is easy. But all are worth hard work. Let no one doubt my dedication to my art.

From a Moonmist retrospective.

Also, I loved his Seastalker — I was marginally older than the target audience, and sailed thru it fast, but it combined so many things I like, Tom Swift, Hardy Boys, underwater laboratories (SeaLab 2020 pre-Adult Swim, Man from Atlantis, Voyage to the Bottom of the Sea TV show, etc.), and tactical roguelike combat with the submarine. For years the sticker was permanently attached to my dresser mirror.

Jason Scott of archive.org has just uploaded Infocom's source code, and keeps adding a bunch of other game source. I've made an easy script to get all the text adventures; if you want Quake or whatever, go grab that yourself. [updated 2019-04-19 for a few gold versions]

The ZIL (Z-Machine Implementation Language) code is not too weird a LISP variant, and I expect there to be good compilers or translators to modern Scheme pretty soon; if necessary I'll write one. Many of the others are written in, preposterously, FORTRAN or C, easily two of the worst possible languages to do text-manipulation and abstract data structures in.

You may also like Infocom: The Documentary and The Infocom Cabinet

As a large database of high-quality, production game source, this is a treasure trove for anyone who makes games. Read these and figure out how to do what they did.

I'm also amused by the icon, The Source came and went from the online services world just as I was getting into BBSing. I had as I recall a free couple months so I didn't have to pay the signup fee, but it was stupidly expensive per hour (Source was maybe $10/hour? Delphi was $20 for 20 hours per month, and not much more for overtime), and then shut down soon after. 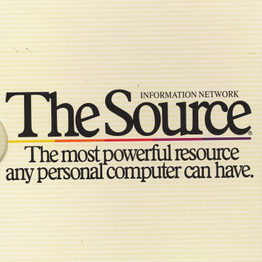 In which I compare some of the thousands of streaming media services:

Given this, if you're over 18, you should have Netflix and Amazon, and bang Criterion and HBO Now on the side once in a while. If you like old nerd media and current game streaming, watch Twitch. If you have kids, Disney+ and Crunchyroll are great deals. There's very narrow interest areas for the others.

On top of which, I check out iTunes Movies every month for their deals; never pay full price. This month I got Lawnmower Man (director's cut!), The Crow, and Equilibrium for under $8 each, all of which I can rewatch endlessly in actual HD, better than any streaming service.