New Reaper's Crypt build
Finally behaves like a roguelike, and has some of the tactical choices.

itch.io frame is kinda awful, works better if you download it from your collection page, or at least open it in a new window.

Getting close to feature-complete, then I can worry about (period-correct) animation, effects, and sound. 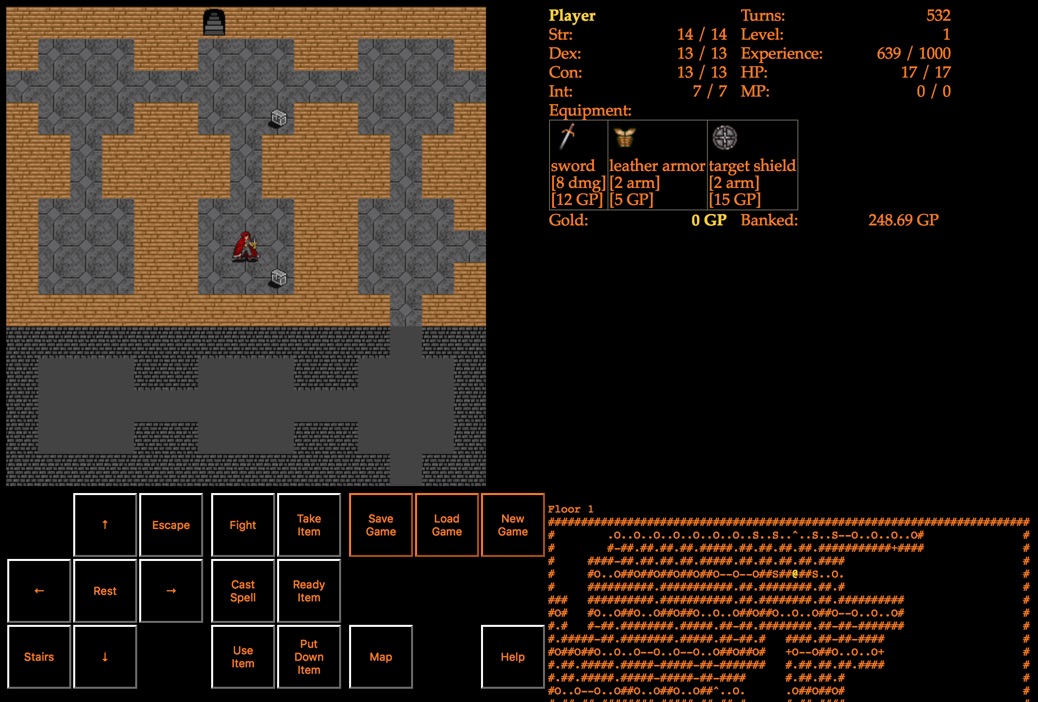