"I love Halloween, the one time of year when everyone wears a mask, not just me. People think it's fun to pretend you're a monster; Me, I spend my life pretending I'm not. Brother, friend, boyfriend, all part of my costume collection. Some people might call me a fraud, I prefer to think of myself as a master of disguise."

Obligatory micro.blog photo test. Can't get it to show up as a share action from Camera+.

I have better coffee at home, but I like a trashy double tall hazelnut latte when I'm out. 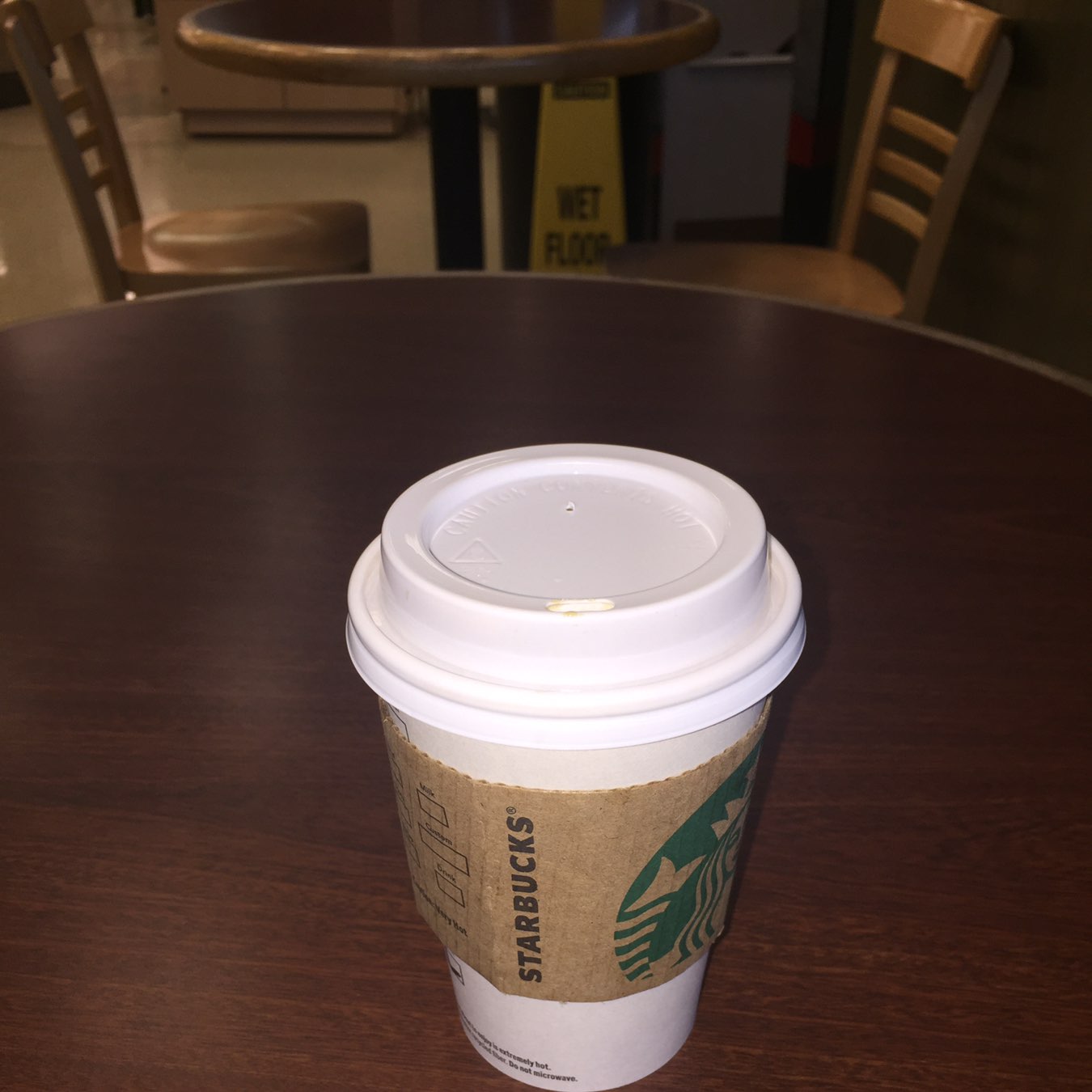 My movie policy is "with rare exceptions, don't watch adaptations or sequels".

Movie adaptations of books are mostly horrible. What I read a book for is complex new ideas, setting, plot, very slightly writing style and characterization. Those are almost impossible for movies to capture; they can have attractive sets, cinematography, and soundtrack, and adequate hitting-marks-and-saying-lines by the walking meatsticks we call "actors", but there simply isn't time for a complex plot or any exploration of an idea in a film, and few of them even try.

These are not competent, despite what some fanlings will scream in all caps:

Competent genre adaptations (I don't read romance or no-genre "literature", so I can't comment on those), I can think of:

Competent sequels are just as rare. After quite a while thinking on it, I have:

I bring this up because of jwz's unhappy review of Blade Runner 2049. It's like they did everything I hate in films. And jwz likes Blade Runner, I barely tolerate it as moving wallpaper.

Philip K Dick's "Do Androids Dream of Electric Sheep" is vastly more interesting than the very pretty but vapid Blade Runner, and the new one is a sequel to an adaptation, so it's a hall of mirrors reflecting horrors. All the philosophy and setting of DADOES is thrown away for visual flair & a nice Vangelis album, which you can listen to without a movie talking over it.

Why in Blade Runner are there artificial animals & people? Why is the city so empty except for little gaggles of people? Why is empathy their test for humanity? None of this is even hinted at. So the movie is just a psychopath murdering and raping what appear to be human slaves who try to run or can't quite pass his test.

So they doubled down on pretty nonsense instead of background or plot, and introduced stupid new ideas. The only good thing Jared Leto has ever done was American Psycho, especially the Huey Lewis scene. Every use of him in any other film should just be a remake of that scene.

To make it easier to see what's important in my blog, to cut away the noise, I've added a star category. Still thinking about how to surface that better, especially for new readers.

You can't grep or diff binary trees. You can't get a Smalltalk IDE on your iPad. You can't write an operating system or a big application in Scratch or the Mindstorms IDE. And even a small program in these won't work in the next version.

But you can edit plain text with any text editor, whether that's ed, nano, Vim, emacs, BBEdit, Atom, Textastic, Editorial, Eclipse, AppCode, whatever. You can save it safely and easily in any source control system. You can run an awk or sed script over your entire codebase and it just works.

If your language (or non-linguistic programming environment in some cases) is only usable from a single IDE, you've cut yourself off from every other analysis and editing tool in the world, you're dependent on that one tool to do everything you want.

I have old Mac and iPhone NIB files which can't be read with any current version of Xcode/Interface Builder, the file format was only supported by one dev tool and it's changed, and the old tools don't run on modern OS X. These NIB files "work", in that they deserialize into objects, but there's no way to edit them. Where possible, I now do most UI work in code; this isn't great fun, I end up with a ton of builder functions to avoid repetitive code blocks, but it'll still compile and work in 10 years.

This is also why I don't use a WYSIWYG word processor, I use MultiMarkdown. I've lost documents to proprietary WPs, and of course there's no way to run tools over them (except, sort of, MS Word with BASIC).

None of this has stopped people from making new non-text environments, or weird experiments. Experiments can be useful even when they fail, telling us what doesn't work. But they don't catch on because the tools aren't as good as text, and won't work in the future when the experimenter gets bored and quits.

So I submitted a new build of Perilar today, fixing 64-bit and iPhone X issues. Got a rejection, for mentioning "unreleased hardware". The iPhone X emulator is in the standard SDK, and has significant UI issues… but we can't say that in the update. Sigh, Apple.