The Tildeverse is a bunch of shared UNIX or UNIX-like servers (in reality, all the ones I know of are Linux, which <sigh>), with individual user accounts, or "tildes" after the way you refer to a home directory in a URL or UNIX command line: ~name.

Anyone can sign up for one of these, tilde.town got back to me in a couple days over the holiday and I expect they're faster during reasonable times.

So over the holiday I made a simple little web page, then wrote some ASCII-art (and Emoji-art) games in Javascript, and now I've written an operator's manual for a fictional computer, the TTMS-76 (Tilde Town Microcomputer System '76). I'm thinking about making some 3D renders of it, patriotic colors to match the American Bicentennial in 1976. I'll probably mirror all this on mysticdungeon.club when I work out what I'm doing with that.

There's a bunch of little command-line utilities on tilde, like alpine for local mail, feels for blogging from text editor, botany for watering a plant, poem to get a random poem, chat for a friendly local-system IRC; there's also a public IRC on Tildeverse (but it's more what you'd expect from a public IRC, so you may not like that).

If you used to use a shared UNIX server, this will all be very familiar and fun. If you haven't, it's a great way to learn more about command-line tools, how shared hosting works, how to write HTML the old-fashioned way, and so on.

I love zsh, but sometimes it's a tough love. Building command lines in strings is very hard because zsh doesn't want you hurting yourself on argument splitting like bash, so I just banged my head on that for like 15 minutes before I quit being dumb. Building them in arrays is super trivial:

Note that arg 3 is multiple words/lines, but one arg. That's a nightmare to express in bash, but makes perfect sense at the exec level used by "real" (non-shell) programming languages.

args is a very useful debugging script I've had in some form since the '80s: 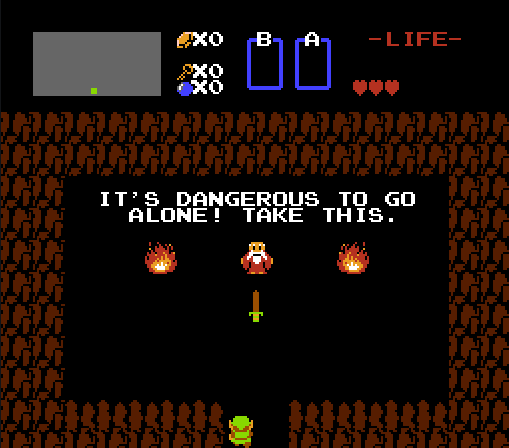 I just had the unfortunate experience of using the standard vimrc on ubuntu (which I loathe, but it's the most stable OS on this VPS), and now I sympathize with people who think they can't use Vim. So here's my much less annoying vimrc. You'll want to make a ~/tmp folder if you don't have one. Adjust the augroups for the languages you use; I was forcing some syntax files to load because they had bad defaults like PHP as HTML, no idea if that's improved.

For those unaware, Oracle laid off ~ all Solaris tech staff yesterday in a classic silent EOL of the product.

Solaris was a better server and development platform than anything else (OK, after HPUX and SunOS reached EOL), but getting management to spend money up front was always a massive battle. SUN did themselves no favors by going back and forth with SPARC and x86, and getting a freebie OpenSolaris running was a challenge.

But now the world runs servers on piece of shit free-as-in-freebase-heroin Linux, paying fedora-wearing dipshits at DeadRat for "support" consisting of "no, you go fuck yourself".

This future has been brought to you by lawyers and the lowest bidder.

I'm too bummed out to make a playlist for today, so here's a couple of Apple's: