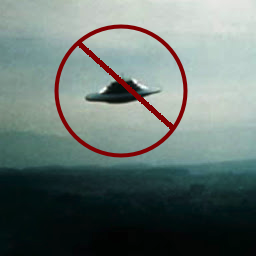 Which one is correct? Let's think about this from the other direction. Could we buzz another planet, today, in a way that makes "UFO sightings are ALIENS!" make any kind of sense?

Premise 1: It is incredibly unlikely that any "intelligent" species, having recently developed from hunter-gatherers to agriculture to technology in the span of a few thousand years, is smart enough to reach that technological stage without making their planet uninhabitable as we have, or discovering nuclear weapons and waging primitive tribal warfare with them. Even if anyone survives this century, or we colonize Mars, it may be centuries before we have this amount of available energy and economy again.

Therefore 1: Any "UFO" is probably from someone like us, just barely capable of doing it before going extinct. A last fireworks show before the Long Night.

This is going to take a while to work out. Get a coffee.

The nearest star is Proxima Centauri, 4.3 Light Years (272K AU, or 40.7 trillion km) away, and there is a potentially habitable planet.

If we stopped having wars (as if!), we'd have a few trillion dollar surplus; but I'll just suppose we redirect no more than half our military budget. You could easily recruit volunteers for a life-long mission.

A spaceship capable of keeping people alive to get there would be, as a minimum, the size and complexity of a nuclear submarine, 6800 tons displacement, 128 crew, and maybe 100x the cost: $150 billion. Let's handwave away with hydroponics and recycling that a real sub has to surface for supplies every 3 months, and the reactor lasts 30 years before it needs a refuel from recently-processed uranium. Neither are insurmountable engineering, the ship's going to be unpleasant to live in but it's about the best we can do.

SpaceX Falcon Heavy can lift 22.2 tons to orbit, displacement isn't exactly dry weight but close enough for an estimate so that's 300 launches at $100M+ each ($30 billion!) and then somehow assemble it in orbit.

Assembly would be easier if we had a space colony, with a giant machine shop, or even could still run the Space Shuttle (the space truck finally useful for something!), but that'll cost even more money and time to set up. At least another $1 billion on moving enough workers through ISS to finish the thing.

As reference, see Atomic Rockets, menu at the bottom of the front page is where all the interesting stuff is, and in particular Slower Than Light. And a lot of the systems given there don't work in reality, or we don't have yet.

The "ALIENS!" enthusiasts are gonna say magic spacedrive, or fusion torch, or whatever, but we can't make any of those, and fuel's still not adequate for constant burn. You can't magic up extra fuel. There is no such thing as faster than light travel. And see premise 2 later.

Bussard Ramjets would be perfect, even with the 0.12 C speed limit they would actually have… but we aren't within decades of making one.

The nuclear reactor could power an ion drive, which we know how to make and fuel, very very low thrust but constant acceleration, scratch pad shows decades to reach halfway and start decelerating, except we can't carry enough reaction mass and there's none in deep space. Great for in-system maneuvering if you're patient, useless for interstellar travel.

Orion drive, firing nuclear bombs at a heavy plate under your ass, is an act of war in our own Solar System, and a giant whiplash and cancer machine for the crew. 100% buildable, but nobody's that stupid.

Charles Pellegrino's Flying to Valhalla has a reasonable proposal for a sorta clean antimatter drive that'd get there in about 5 years, we just need to plate Mercury in solar cells to power particle colliders to make the shit. Avatar is a stupid, terrible, stupid movie, but Pellegrino designed the starship in it, which is perfectly reasonable. So, that's a century or two off. No good.

Solar sails and laser launchers should work, and we can make these. We'll know for sure in a couple weeks. Making them big enough for a huge ship (1000 km across!) is a challenge, but this is a matter of engineering, not fundamental science. This would take 20 years to reach halfway and 20 years to slow down, but some original crew and their kids could get there.

The lasers are the infinitely expensive part, where you can just sink all money forever into and not be done, but good news is A) they stay put in the Solar System, B) you can build and launch them one at a time over years as a satellite array zapping a lens which projects onto the sail, and C) they're useful anti-asteroid tools (not by burning, but put another sail on an asteroid, and you can push it out of harmful orbits). The bad news is D) the people back home may be dead/forget about you/not be able/be unwilling to continue running them in 20+ years, and E) lasers in orbit can be turned against ground targets, almost literally a lightning bolt from "god" striking down your enemies. Quis custodiet…

Worst case is the lasers go quiet, and the laser sail ship becomes a much slower solar sail ship, which has to make a couple of slowdown passes at AC. If our recycling is good enough, maybe that works, maybe we die alone in the cold of space.

Now we're cruising slowly thru the system, find a habitable planet. We can't land the ship, but have a complement of drones that can fly into atmosphere. An unmanned drone could maneuver faster than any aircraft, and would even be hard for primitive radar to spot, just like our UFO stories.

But is there anyone there? Humans have existed for ~1 million years, about 5,000 of that civilized enough to be worth talking to, 100 years capable of radio, before probable nuclear or environmental extinction. Out of 3.5 billion years of Earth being a life-bearing planet so far, and maybe 6.6 billion years ahead where life can exist, that's a 1 in 2 million chance of there being anyone to talk to.

The ship would be very visible, with sails out decelerating in, it'd be the brightest object in the sky. If the autochthons have radio, they can be called; but we'd have already heard their broadcasts here on Earth. Maybe blinking lights to talk to a more primitive culture? Land a drone and talk over a radio speaker?

There's no easy way to land, abduct redneck autochthons, probe their cloaca-like entries, and return. Even if there was space for a couple Falcons as landers (strapped to the sides as maneuvering thrusters?), they'd need fuel to get back up. It may be possible to do a one-time water landing of the spaceship without killing everyone.

The only reason we would ever have gone there is to meet them and share information, tell them about our home and what we're like. Show them Pulp Fiction and The Ramones and Heinlein's The Green Hills of Earth. We wouldn't be trying to keep it a secret, even aside from the physical impossibility of hiding the spaceship. Nor would the aliens cover it up; no matter what they are, we'd be the most important new source of science, technology, and entertainment.

But landing presents political problems even with public disclosure, they might go to war over who "gets the Earthers", and possession is 9/10ths of interstellar law. Hopefully there's some competent diplomats. There's a lot more ways first contact can go wrong than anything in the flight. Really think very carefully before landing.

Colonization is difficult anyway, the atmosphere's not likely to be the mix we need, the native life may be digestible into basic materials (most life is probably CHON ) but will lack any vitamins; we'll need to keep eating hydroponics. We'd be immune to local viruses but might have no immune reaction to local bacteria & fungi equivalents, nor would any native life to ours. Staying in orbit or colonizing a barren rock is safer.

There will be no alien hybrids, no half-Vulcan Mr Spocks, and the aliens won't look anything like a Human with a latex mask. First, do you consider mating with chimps, crocodiles, squids, tulips, or…? No, stop, I don't wanna know! Baka! Ecchi!! But those are genetically related to us and yet no offspring is possible because we don't have enough compatible genes. If panspermia is real, actual aliens would be more distantly related than fungi, and if not then it would be like screwing a rubber toy.

Conclusion 1: Any plausible alien spaceship scenario is going to look almost nothing like the UFO contact stories. We'd see them coming. They'd have to talk to us on the radio. No secret bases. No abductions. They'd be weird alien pop stars with agoraphobia and unused to gravity, constantly on PR tours and eating alien food because ours is useless.

Premise 2: So Pellegrino's matter-antimatter drive? The point of Flying to Valhalla was that a near-C space drive is a one-shot planet-killing weapon. You'd briefly see an X-ray burst, then the ship's front shield would shatter like a shotgun shell so you can't just redirect it, then the planet would explode, in the space of hours or minutes as the ship chases up behind its light. And you could set one up with a deadman switch to kill whoever killed your planet.

Therefore 2: We're not dead yet, and nobody's contacted us to say "listen up, these are the rules!" Mutual assured destruction means they have to assume we'll do it to them. They don't have to fire first, just make sure we know the threat exists.

Conclusion 2: Nobody within 50 light years of us has advanced technology and has heard our radio signals (50 years there, 50 years for the weapon to come kill us).

Any other scenario isn't science, isn't even science fiction, it's just fantasy. I like fantasy as much as the next guy who isn't wearing a My Little Pony shirt, but it's not real.