Finally decided on the server, Mankrik. It's PVE, EST, 60%+ Horde. Not happy with the EST, but according to the reddit surveys the PST options were low-population and almost totally Alliance. I won't play PVP servers: Levelling in PVP-only zones is a tedious nightmare of some asshole 20 levels above you killing you over and over for no reason. Camping the graveyard when you give up on your corpse. Chasing you to your home zone and murdering everyone there. It's just a shit experience. PVE lets you flag for PVP when you wanna fight people, and just go adventuring when you wanna beat up pixels.

Logging in took forever, had multiple errors out. Blizzard's servers must be literally on fire. 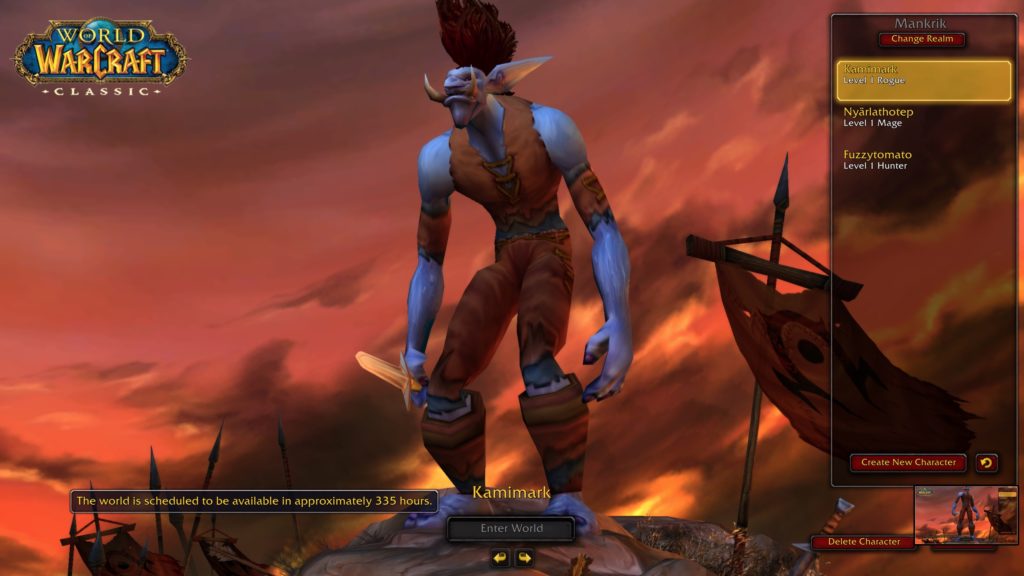 (was Nyärlathotep): Super annoyed that I can't have the unaccented name. Is it taken by the system, or did someone else make a Nyarlathotep in the first 15 minutes? Heavy metal ümlauts fix everything. Strongly considered Warlock, and I love the pet management part, but I hated bag space management for soul shards in retail, and we'll have 25% as much bag space in Classic. I levelled a Mage to 10 in the stress test, and it was interesting, if somewhat harder to keep a grind rolling, so Mage it is. 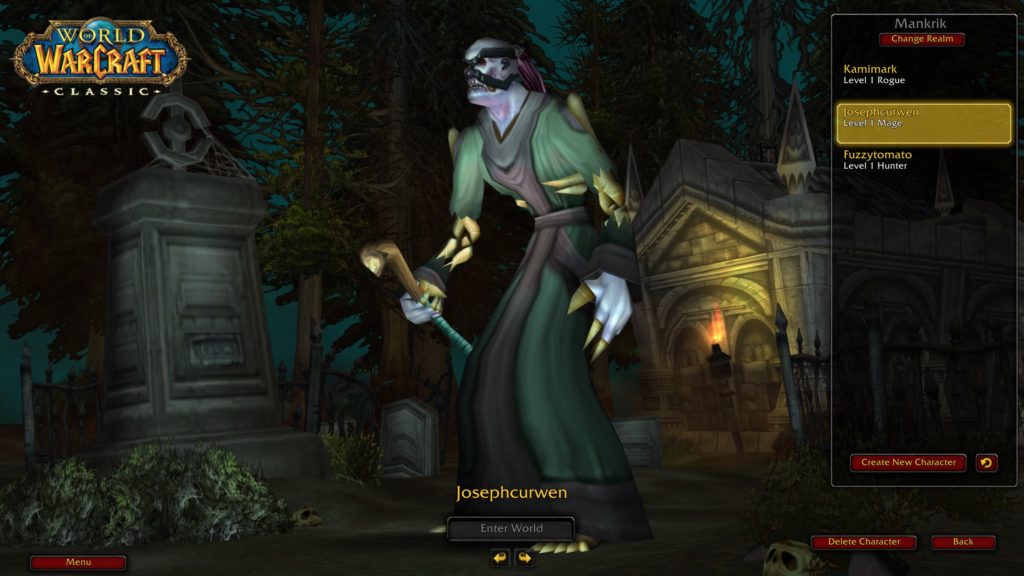 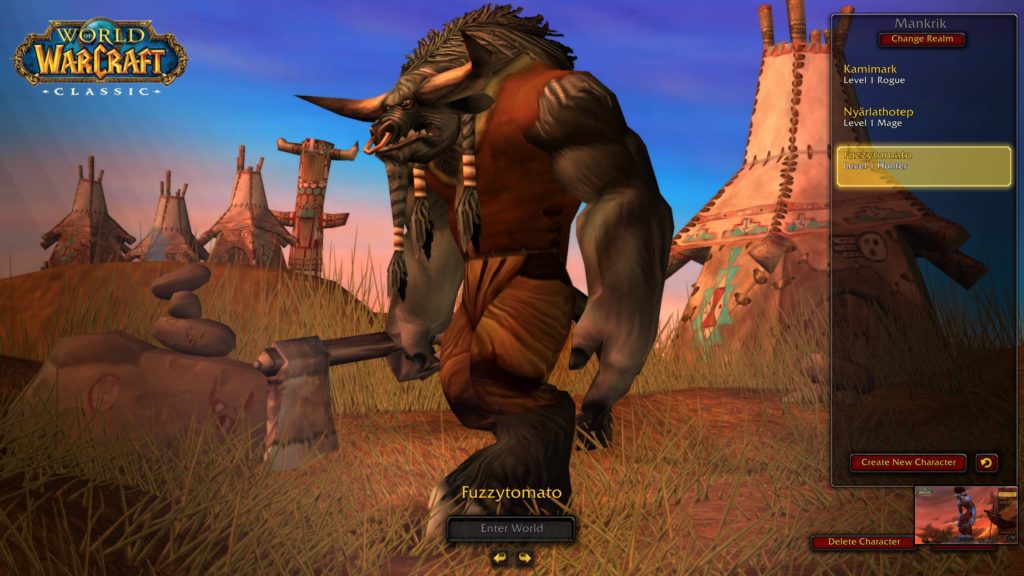 Speaking of the server name, in the stress test, I finally dinged 15 and got Mankrik's wife quest. You'll be happy to know I found her, not so happy to hear the state she was in. And I didn't even bury her! 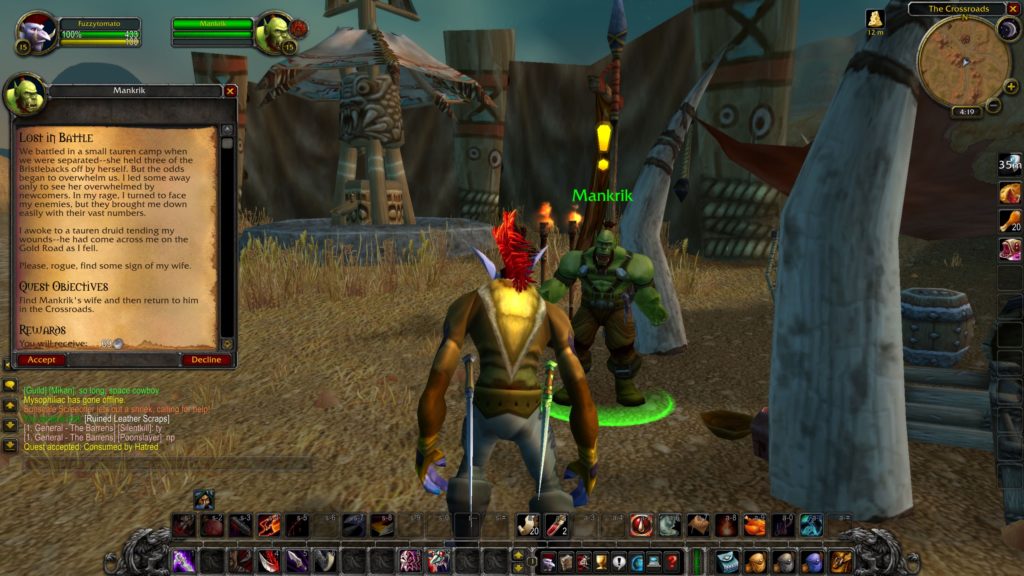 Now we just have to wait for the end of the month to start playing. I'll see you there, right? 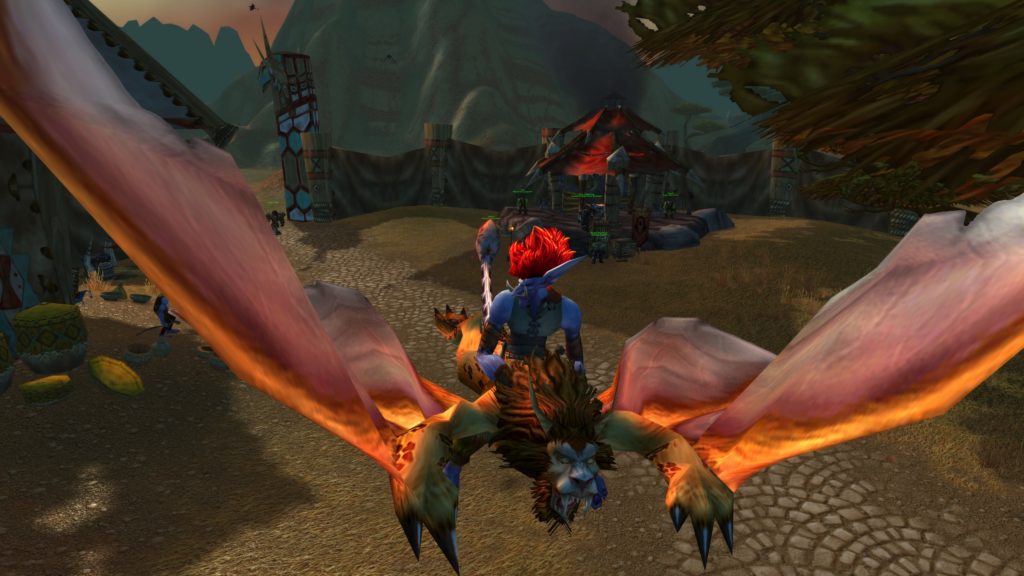