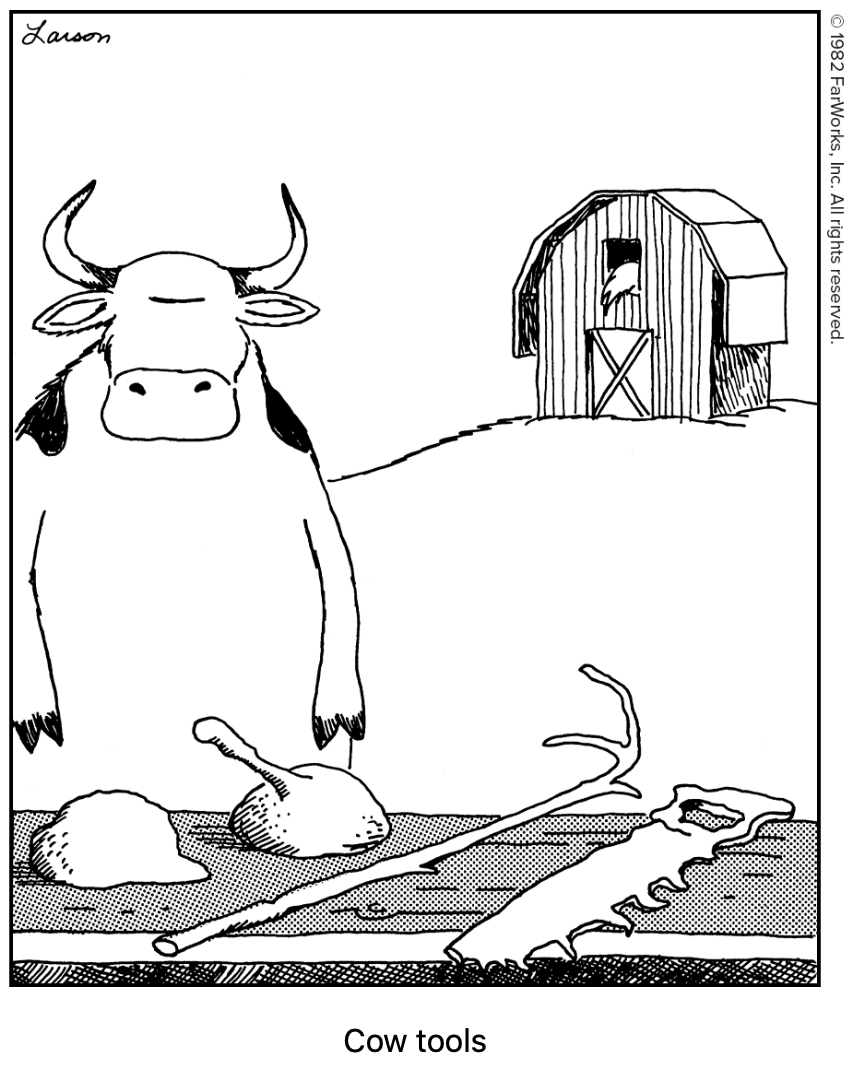 Remember back in the 1980s (technically, 1979-1995), for those of you alive then, The Far Side was the best comic in newspapers. Uh, see, they printed blogs and Florida Man stories on paper… Uh, cut down the Amazon rain forest and pulped the wood, rolled it into sheets, dyed it white, and put ink on it. Well, not everyone had computers, OK? No, their phones didn't have displays, either. Sometimes didn't even have buttons, just a rotary dial you kids can't operate. I'm getting off topic.

So. After 25 years of fucking around, Gary's finally got someone to make him a website and publish his comics, a few every day. Here's the thing: It sucks. There's no RSS feed. Little indiction of when a comic was first printed; the year is shown in copyright, but some were probably held over months or years from when first copyrighted to when they were printed. And most ridiculously, it hammers the Disqus server, which I have blocked by both /etc/hosts and Ghostery, so the page just fills up the console complaining, and eventually crashes; happily Safari sandboxes pages now, but in the old days this would've crashed the browser. The page source is 2000 lines, and a bunch of loaded libraries, most of which are there for loading & showing ads. I don't see ads, because they're all loaded at runtime and I block everything, but I assume it's just a wall of popups and autoplay video for the handful of suckers who don't have blockers yet.

Oh, and there's an attempt to stop people from right-clicking & saving images, but you can just drag the image out in Safari, or screenshot it on any computer. Idiots who don't understand how computers work shouldn't try making "security" choices like that.

The whole thing competently written would just be an RSS feed in the header, a banner, a single on-server static image ad, a cartoon, and forward/back buttons. Less than 20 lines, take a programmer an afternoon to write it including a script to generate each day's cartoon and update the RSS XML file.

So now it sits in my "daily bookmarks folder" which I don't hit every day, of shitty sites I have to open manually, look at, then close because they're garbage sites written by garbage people.

6 thoughts on “The Far Side: Cow Tools as a Web Service”