Kind of a mashup of Legend of Zelda: Breath of the Wild, Sword Art Online, Avatar: The Last Airbender (not the papyrus-font one), Guild Wars, etc. Not especially original, but well-implemented, very very pretty, and there's a lot of writing, all of it competent. I don't generally think 3D games make sense on the iPhone; AnotherEden was perfect because it worked in the limitations of the medium, but the 3D looks good; it does burn battery and heat the phone up considerably.

Account setup has two options, by email or username, but the email verification code never arrived, so I just did username; I'm "Kamimark" as usual, so if you're in and want a friend…

Starts with a gigantic 4GB download. This took a while.

The cutscene is bizarre, but then you choose your character's gender, you get no choice in appearance or abilities (you are a wind swordsman).

OK, once in the world, you get a fat cherub sidekick (who vanishes and rarely bugs you, but does provide some useful information…) 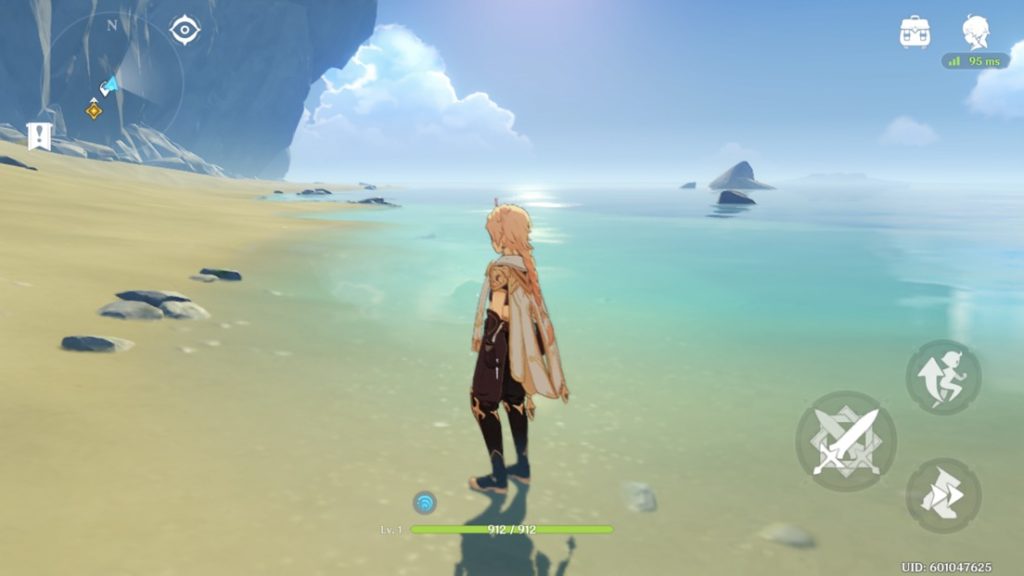 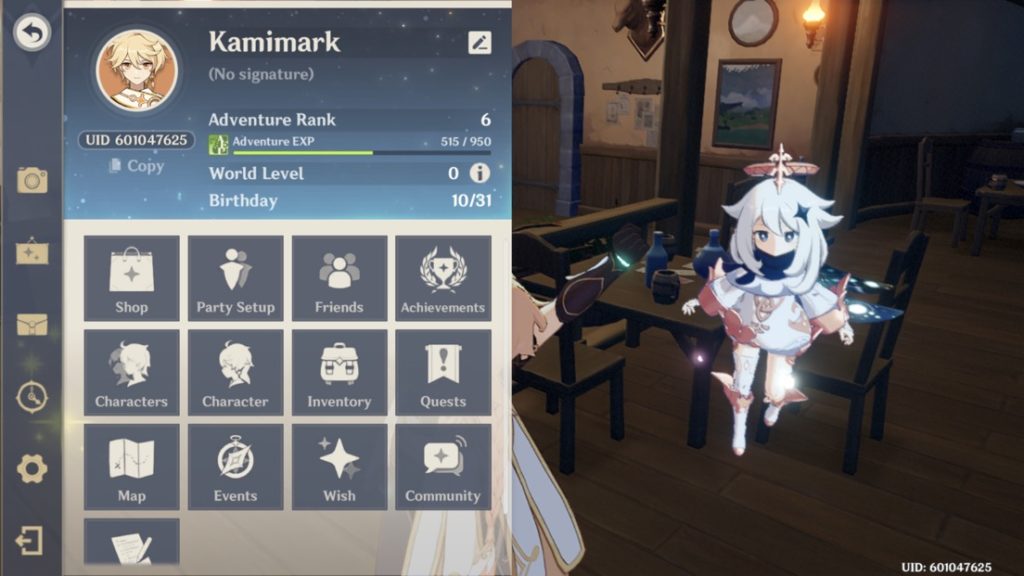 They soon give you a second character, Amber the stripper fire archer/knight. "Wish" is the gachapon system, you get enough tokens and a reduced cost on your first 10-pull. I got 8 weapons, only two of which were useful to me, and 2 characters, Noelle (light) and Razor (dark), who I haven't really used yet. 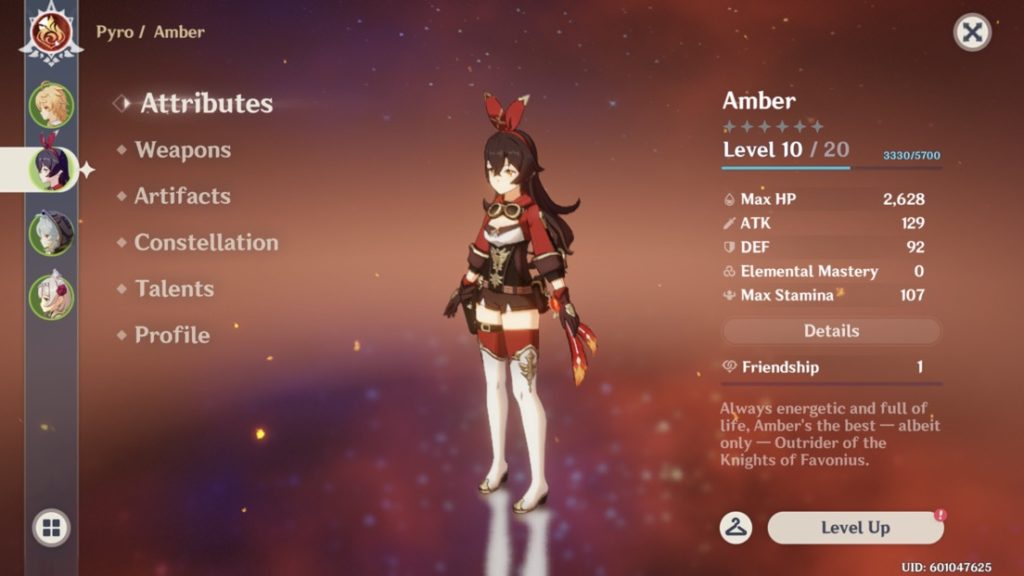 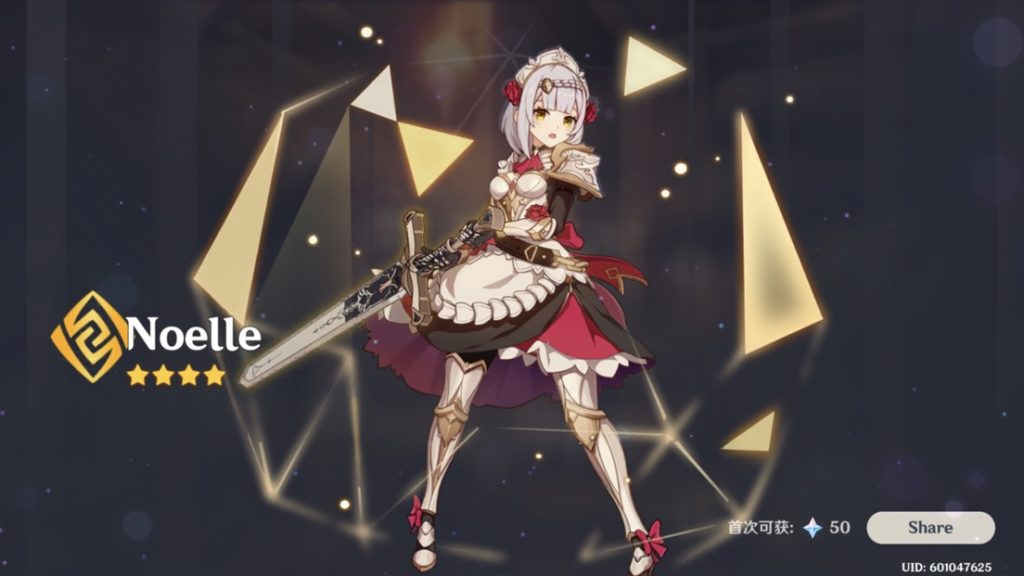 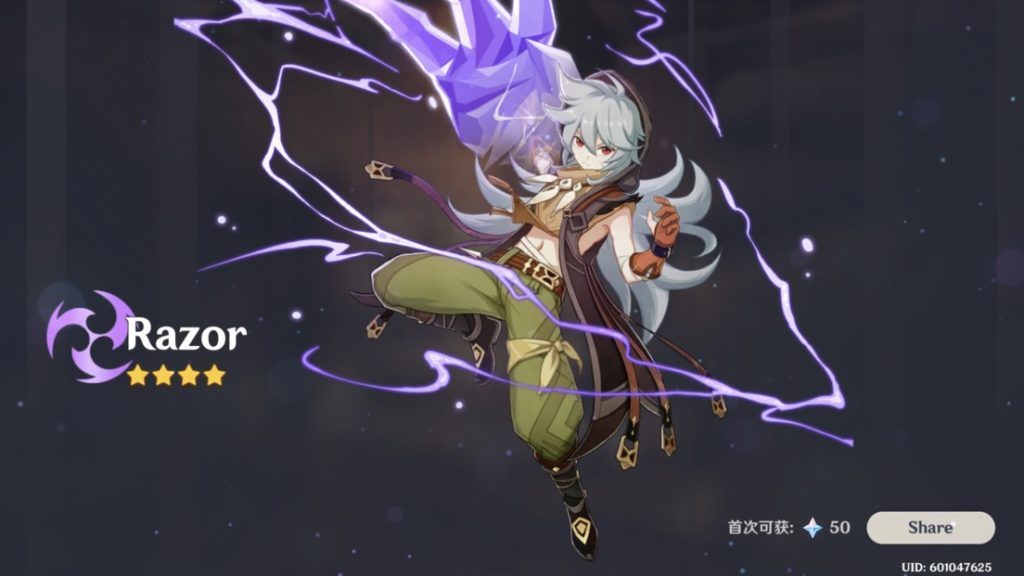 Movement is open-world, with a virtual joystick and dragging on the main screen; I find I often hit the attack buttons, which do not fold away when you're in a peaceful area just looking around, so I freak out and attack the air or through harmless NPCs sometimes, but they're unharmed by it.

You can climb almost any surface, with a rapidly-shrinking stamina bar, and soon after reaching the city you get glider wings so you can coast down from any tower. I'm just having fun now exploring rooftops. For instance, the Knights of Favonius guildhall? The roof has several goodies and a teleporter! 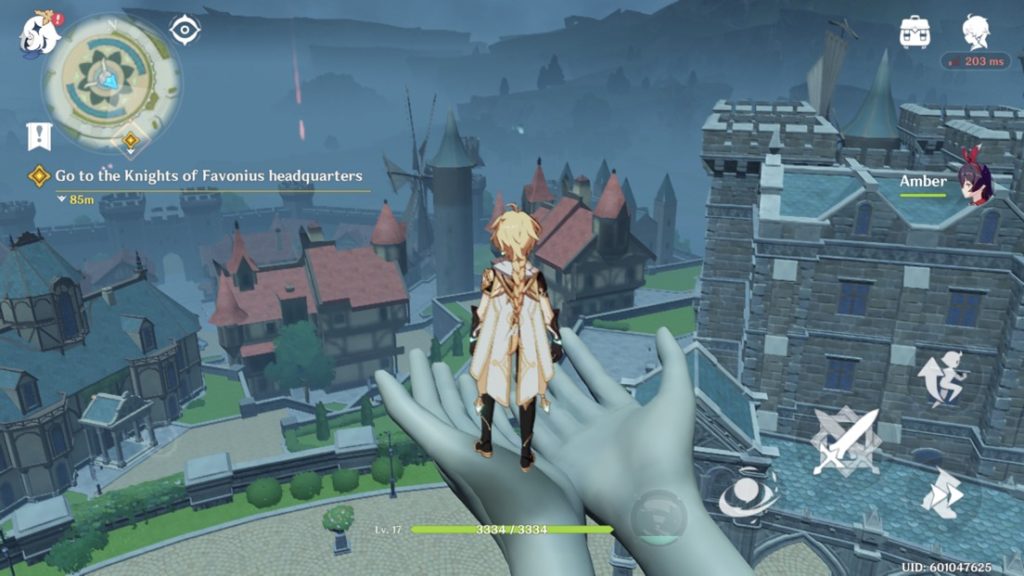 The wilderness map is huge, and even the town is fairly large. Spend some time there, because once you start the main quest, everyone hides and you can't shop or chat for a while. 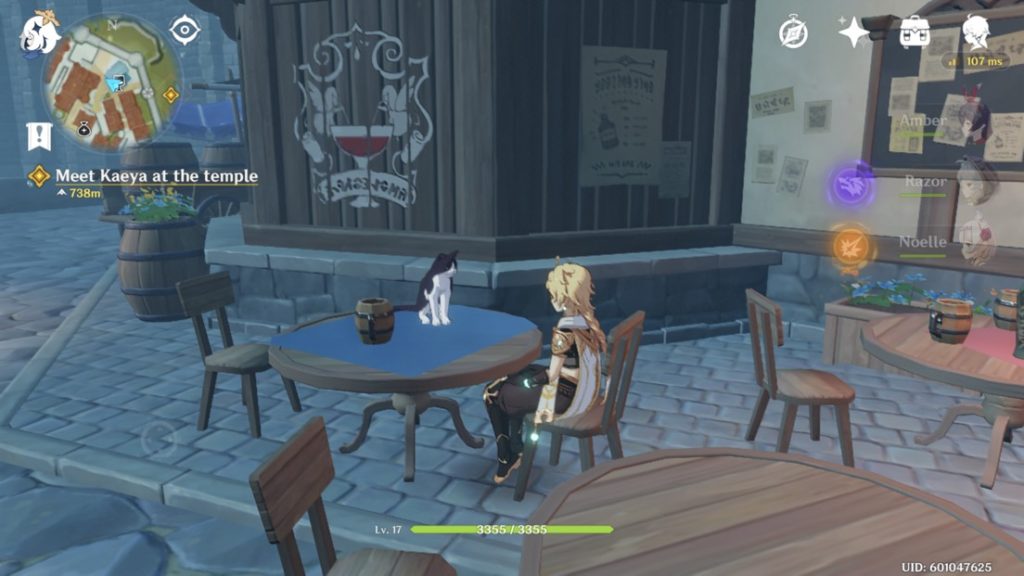 There's a fairly extensive cooking, weapon crafting, and alchemy system, based on finding all the little sparkly nodes in the wild, and then playing a minigame to practice the recipe. Food hasn't actually been that useful to me yet, I don't get hurt much, but later I expect to be constantly hitting inventory and stuffing my face, like Skyrim. 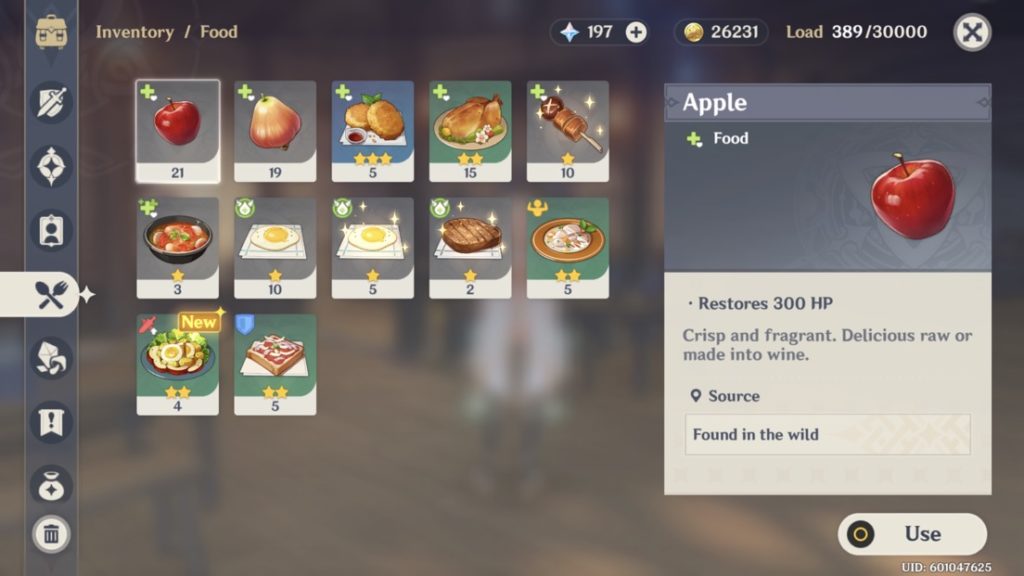 Combat as the main character's pretty good, but it doesn't have an actual gap-closer, so you have to dash forward to the enemy, try to line up, then mash attack and spells; there's a cheap elemental attack, and a big AOE ultimate/limit break. I've been smashing up goblin camps and taking their chests. I'll usually open with Amber sniping all their explosive barrels and killing a few, then when they get close I switch back to Kamimark and murder everyone. Since you can only have one character up at a time, the others aren't follower NPCs, it's really pointless to level more than one or two except for specific elemental tasks.

The first dungeon is small but has a few nice tricks, requires switching between your main character and Amber.

I've since just been running around the first part of the world. By reaching the statue of the gods pins, you reveal a new map section. 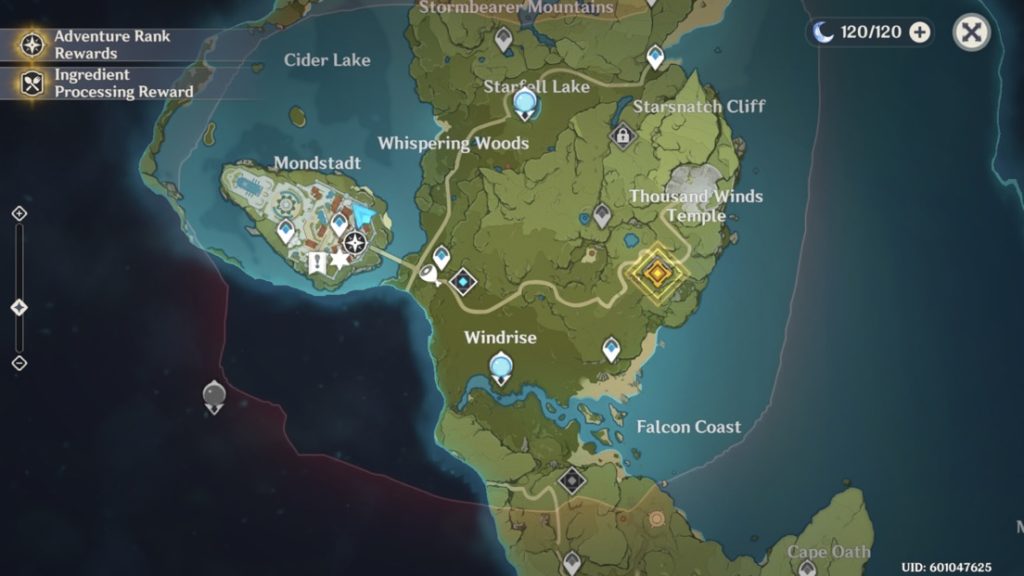 There's a ton (40+) of lore books in the knights guild hall library, and I've read a couple of them and there's obviously been a lot of work put into these; so lore and backstory matters here.

Of course this is a "first hit is free" gachapon game, because that's what works on the shitty app stores. That said, the daily reward tier looks OK, like a $5/month sub, so I may do that if I'm still playing by next weekend: 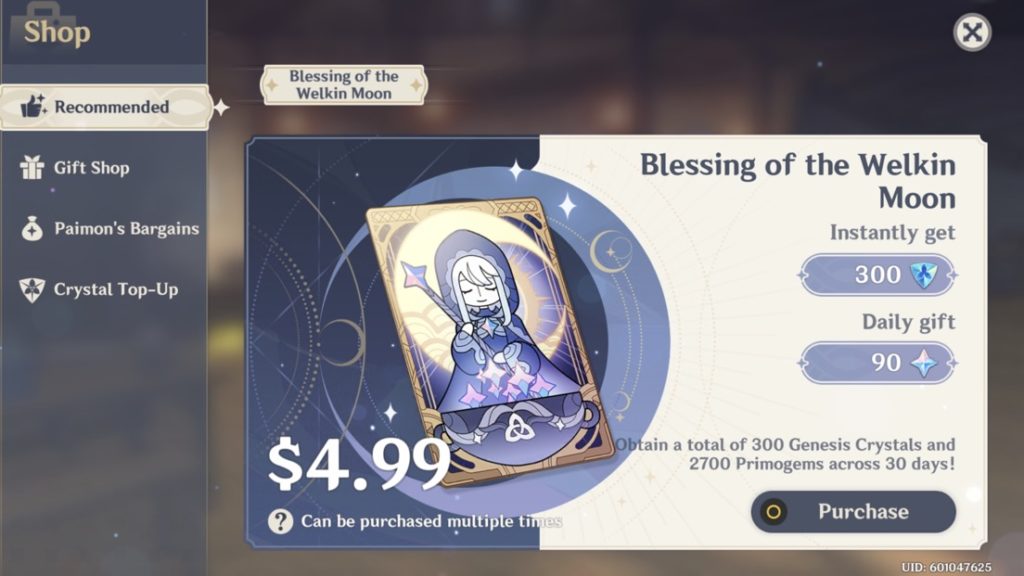 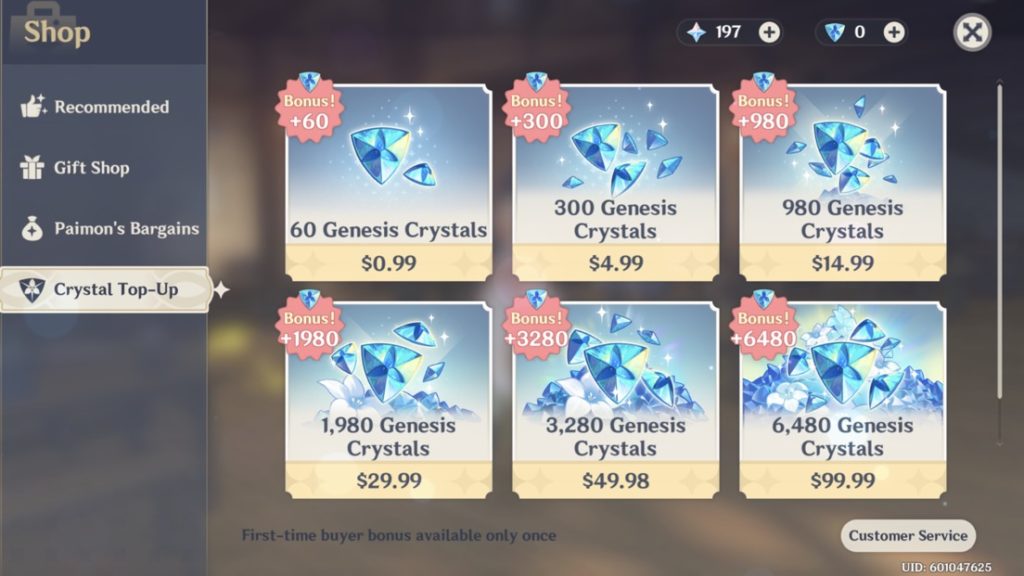 This really is more of a desktop MMO, but the UI is very mobile-focused like the Sword Art Online games. I wish they'd bothered to make a Mac client, even as just a raw iOS port. I've never bothered to replace my PS3 with a PS4, and I'm waiting for PS5 price to drop and/or killer game I need, so I can't play on console, which might also be better.