Short Youtube/Adult Swim pieces are now on HoboMax, so I've binged the entire run in the last week.

In Season 1, a teen girl Tulip wants to go to game dev camp; briefly we see the screen and game, a PyGame starter project, on the blandest fake-Windows XP screen possible, but that's probably how the Kids Today™ start in games, instead of typing in Super Star Trek. Disappointed by divorced parents, she runs away, hops on a train… and is in a magic train, hurtling through a wasteland pocket universe. Her entire purpose is to get back home, get to game dev camp, and she's as rational and proactive as a teen can be; a little robotic sometimes.

Every "car" of the Infinity Train is a separate puzzle or weird environment. You find the door, do something to get it open, cross a catwalk to the next car. Sometimes there's ways to go up and around, sometimes not. Passengers get a glowing number on their hand, like Logan's Run in reverse, roughly according to how fucked up they are, and it goes down as they "learn lessons". They pick up native "denizen" friends and enemies along the way. When the number hits 0, they get to leave. Sometimes.

S1's companions are hilarious without being annoying, One-One is a ball robot very very similar to Wheatley from Portal 2, with two personalities. Atticus is king of the talking corgis (and is Ernie Hudson!). A high note is The Cat (Kate Mulgrew), your treacherous fixer frenemy type; a white Persian cat. Aside from eyerolling at teen angst sometimes (I went thru worse parental problems, and I'm… a giant mess. Hm. Where's my Infinity Train?!), this is a great story. 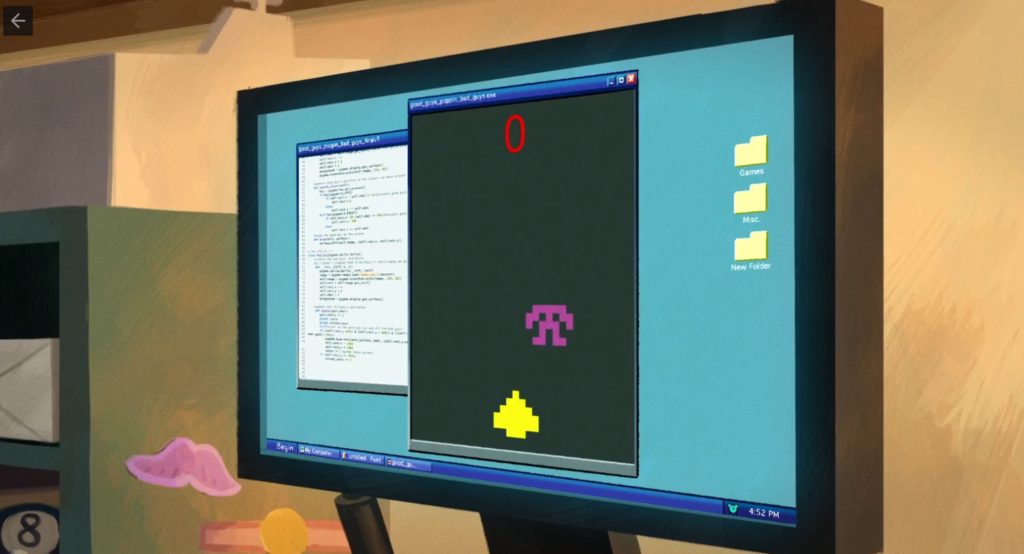 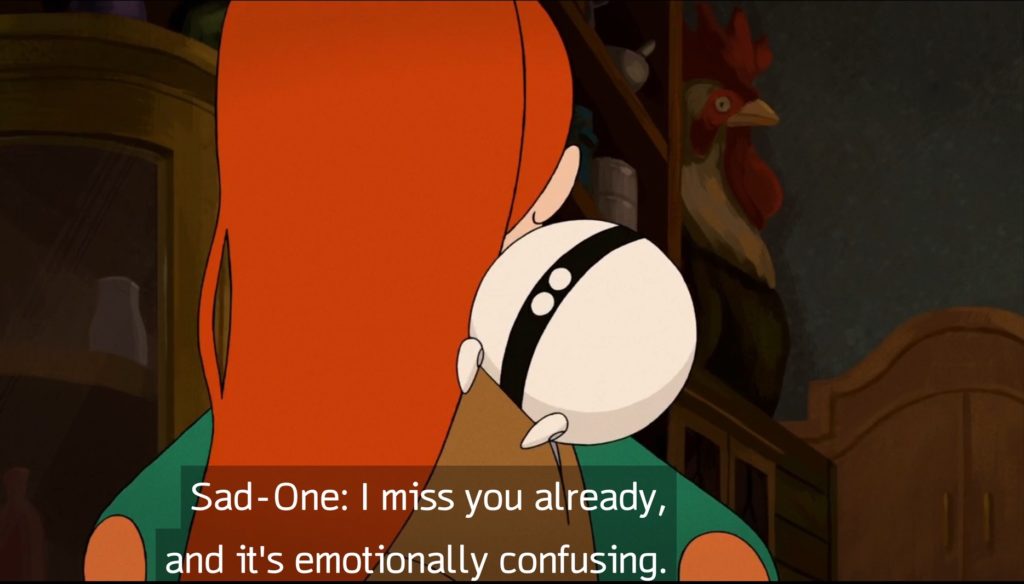 S2 has continuity! A denizen MT follows in Tulip's footsteps, with a new passenger and denizen friend. Since MT is punk and actually does things, I like this the most; there's real moral choices, chances of failure, recurring antagonists, and there's actual horrible or good consequences. You could quite happily stop here.

S3 unfortunately follows a racist cult dirtbag, the enabler leader of said cult, a small child, and a denizen tuba gorilla. I loathe both of these protagonists, and children crying annoy me. The tuba gorilla is OK, but we don't really get any detail on her sad backstory. Even a racist's comeuppance doesn't make it better. They never show back up, so we don't know what progress is being made.

S4 brings in two asian kids from BC trying to start a chiptune/rock band, namedropping YMO as an influence, tho later performances are more like Anamanaguchi. One is the good obedient kid, the other's a rocker with no discipline, they get pulled in and scored together (mostly). The problem is the denizen is a magic flying desk bell who waffles between flirty and almost interesting, and the most annoying fake personality like a Melissa McCarthy (but it's Minty Lewis, from The Regular Show), and antagonists are very weird and whiny for no reason, no real lessons are learned. There's a couple fun short songs, I like little chip synths.

The first two seasons deal a lot with the infrastructure of the train, who's running things, and what it's for. This is awesome, right up my wheelhouse. S3 & S4 mostly annoyed me, and do almost nothing with the management of the train; we get some of it to the middle-end of S3.

They're still trying to get more seasons made, and maybe movies and comics (which I think would fit the story better? And allow them to go more adult, which this is clearly trying to do but being kiddified a bit), so go give HBO Max some viewership.