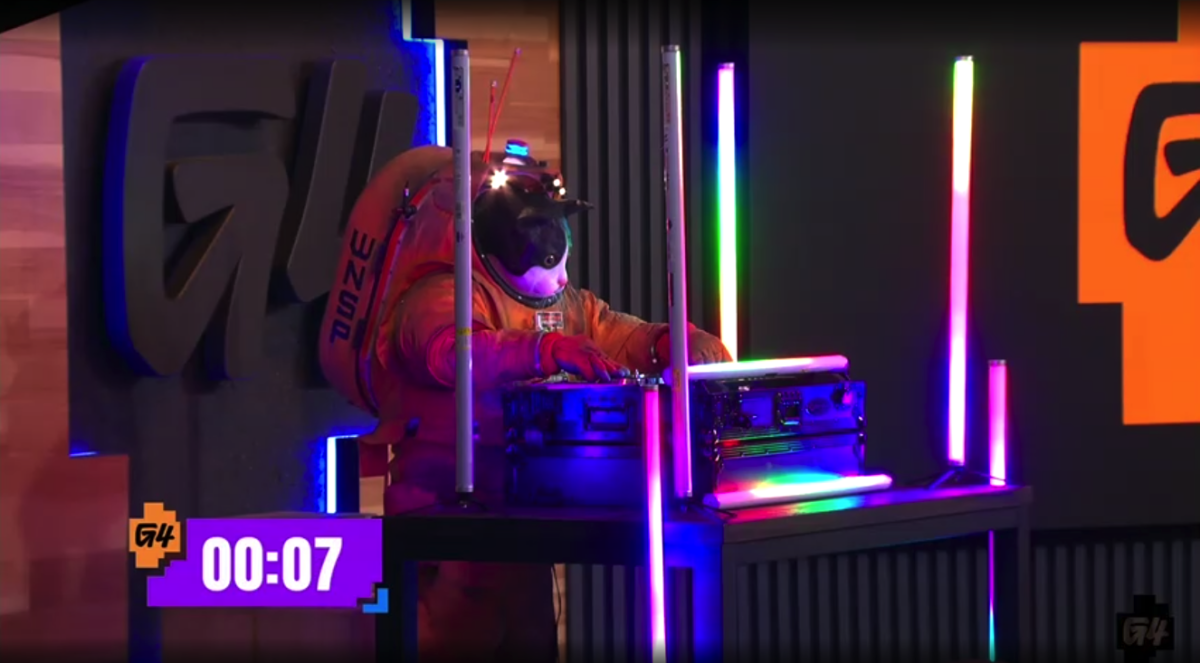 So back in the day, TechTV was kind of super-nerdy, and then it and a much lamer show G4 were bought by Comcast and digested and spat out as G4/TechTV, and they kind of hit their stride there, found a way to be nerd gamers but also flashy and dumb enough for the hoi-polloi. Tail end of me watching cable, but on holidays I'd see it and it amused me. Ah, Morgan Webb, how I miss you. Then in 2013 they got shafted by corporate network politics and buyouts.

For 8 long years we've had no G4. Well, today they've relaunched, on g4tv.com and twitch/g4tv. No more cable.

For some reason the launch stream was MC'd by some dumb "pro" wrestler; well, there was a lot of WWE (not the World Wildlife Fund, FYI) shit in old G4, too, especially towards the end. Adam Sessler is back, but he doesn't look good. He's turned from slightly balding nerd to schlubby last-season rock-collecting Hank Schrader. Morgan Webb's off doing PR for some game company. Olivia Munn's off being a movie star; there was a rumor she might do some cameos, but not so far. Kevin Pereira has been living in a rusted-out van under the train tracks, shooting up, don't ask what he's done to buy that smack, so he's come back and will do literally anything to stay on the show. I've never seen so much desperation waft off a dude.

The rest of the "new G4 talent" (and it gets funnier every time they say that on stream) are meh. The Black Hokage is OK, maybe. Once they said who he is, I recognized him from youtubes. He's a sometimes funny dude. I dunno Froskurinn at all, apparently she's a LoL (lol) ex-player/groupie/some bullshit. But 90% of the LoL fanbase hate her, so maybe she won't be too bad. Ovilee May is a noob with no skills but seems game for their dumb stunts, so maybe she'll improve. The rest are absolutely zero rep or talent so far.

Most of the launch stream was "what are we going to do" rather than doing, but A) The Space Cat DJ is the greatest prop they've ever had. B) The motorized stuffed squirrel is still very very sad and creepy. C) The "play Tetris on a giant Nintendo controller" segment was actually fun, like the good old days. Maybe they've got something in them this time around.