So AIM is shutting down on Dec 15: And read that FAQ. "Why?" "We know there are loyal fans". That's not an answer, AOL/Oath!

But fine. I have iMessage and a .Mac @mac.com address, right? I'm a blue bubble, I'm somebody.

Huh. Well, I can send and receive messages, but can't set my status anymore. No IM, no status. My very specific but subtle mood messaging is gone! Why isn't this in iMessage? 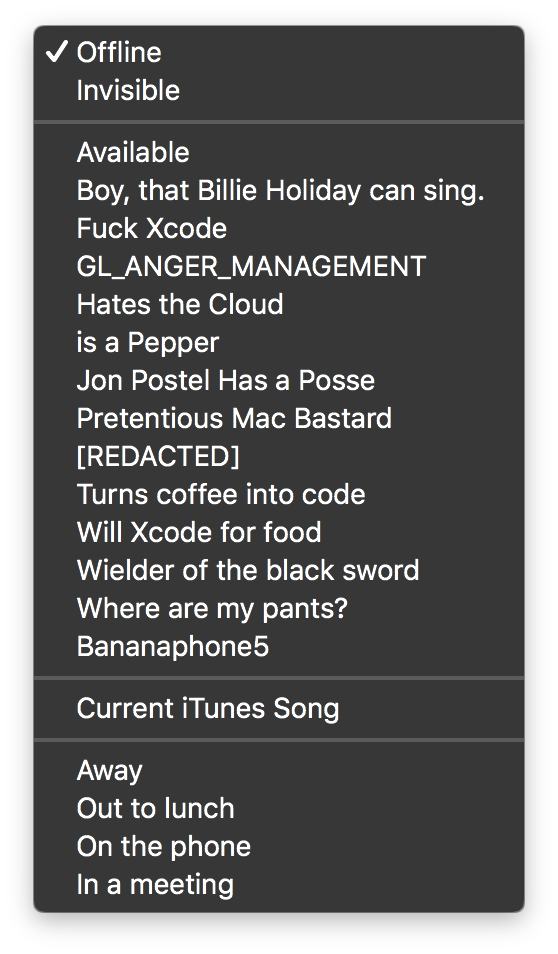 Anyway, my point is someone at Apple needs to add statuses to iMessage.