They've replaced Jack from Jupiter with an invisible man; and/or a tracksuit that stands up by itself. Which really isn't much of a downgrade from Jack, the whiniest and least useful of The Seven. Hm. Though Jack can fly, which is important at a couple points. 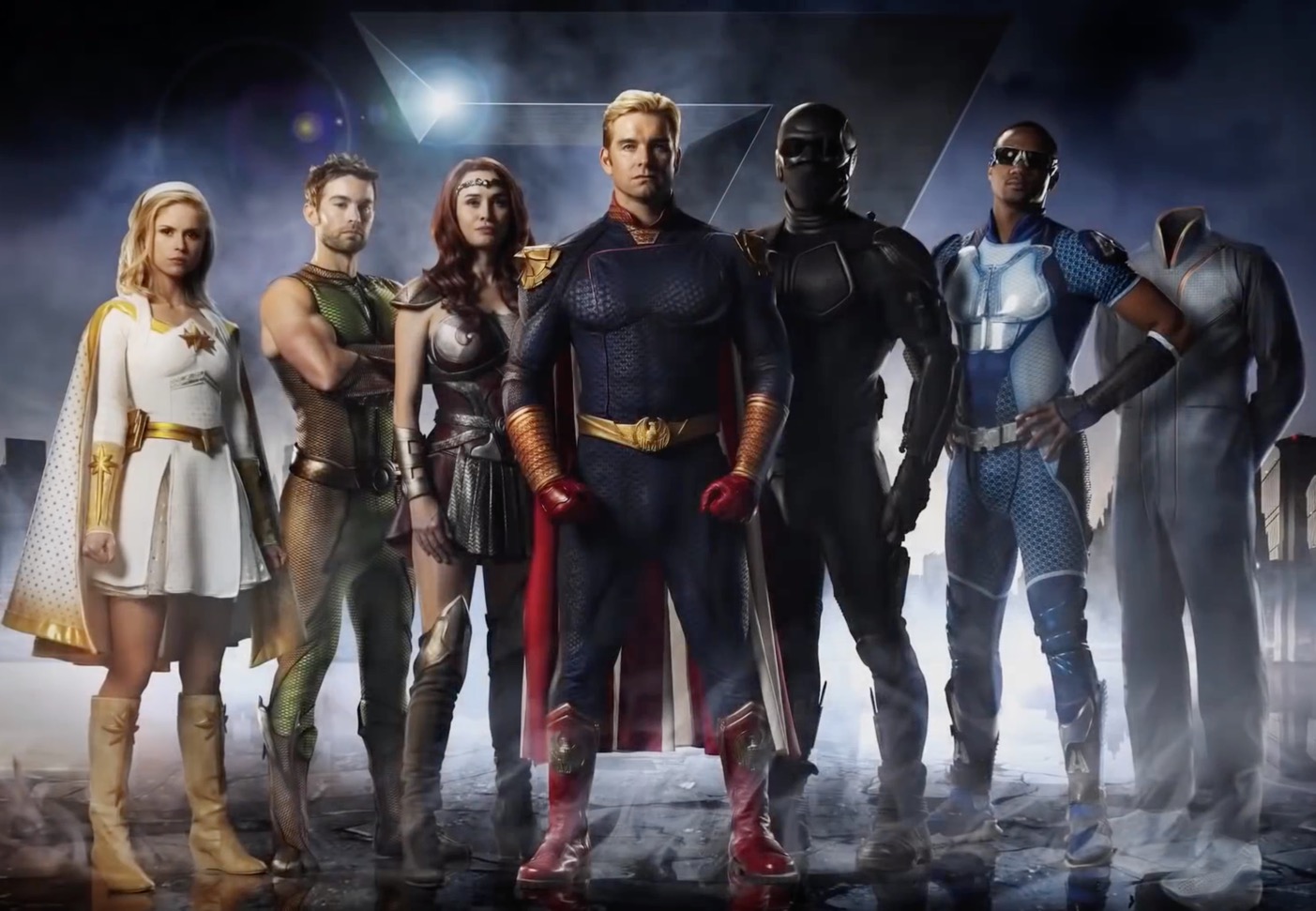 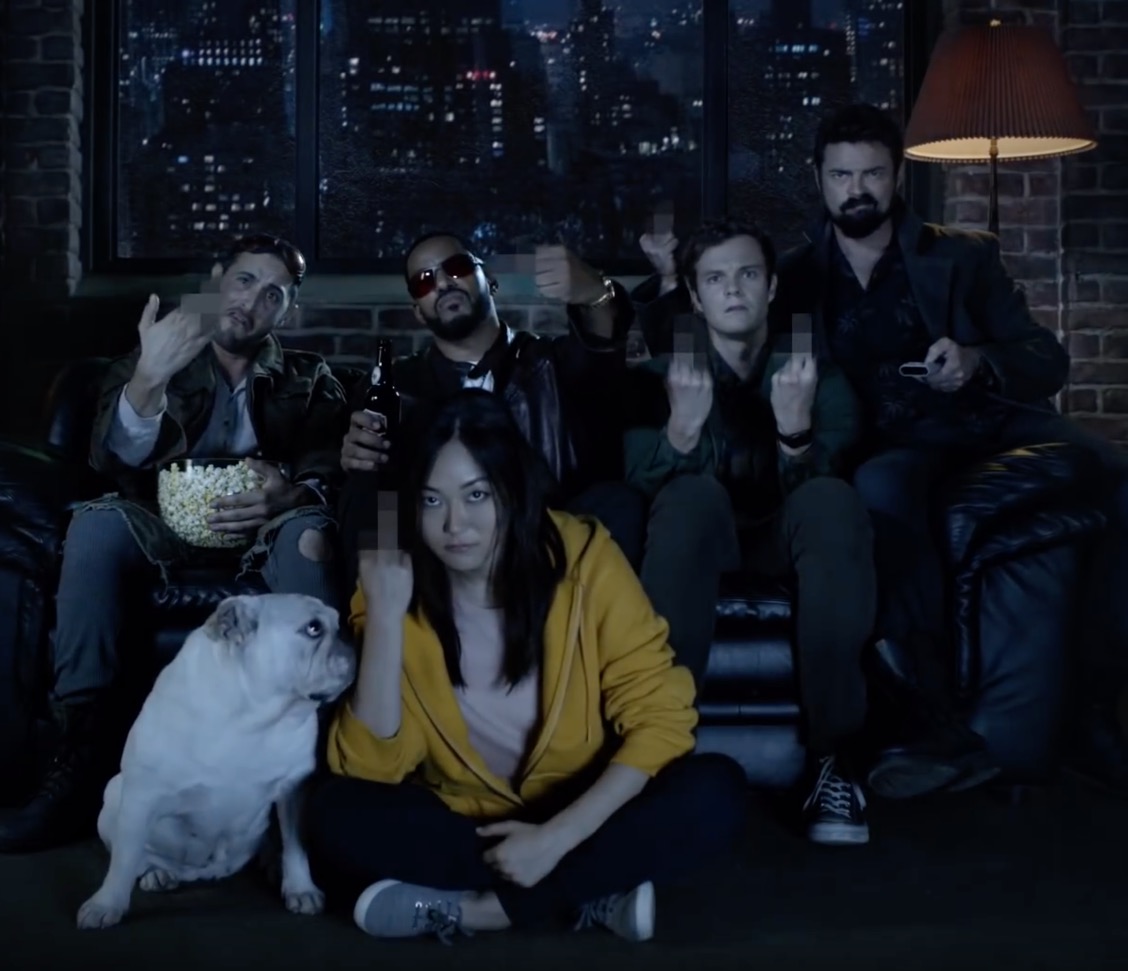 The Boys is the cure for taking superheroes as magical demigods. Garth Ennis asks, "What if people had superpowers? What if a corporation could make more of them? What would they be like?" And you know what the answer is. They're people, they would be terrible.

So, the CIA funds a group of counter-superheroes. They get a little power, but not much. They use dirty tricks and crime and scams to keep the supers from getting out of control, and killing more people. And even then, what kind of people do you recruit for such a job? Not our best and brightest, but damaged people who have a reason to fight these fuckers in spandex. 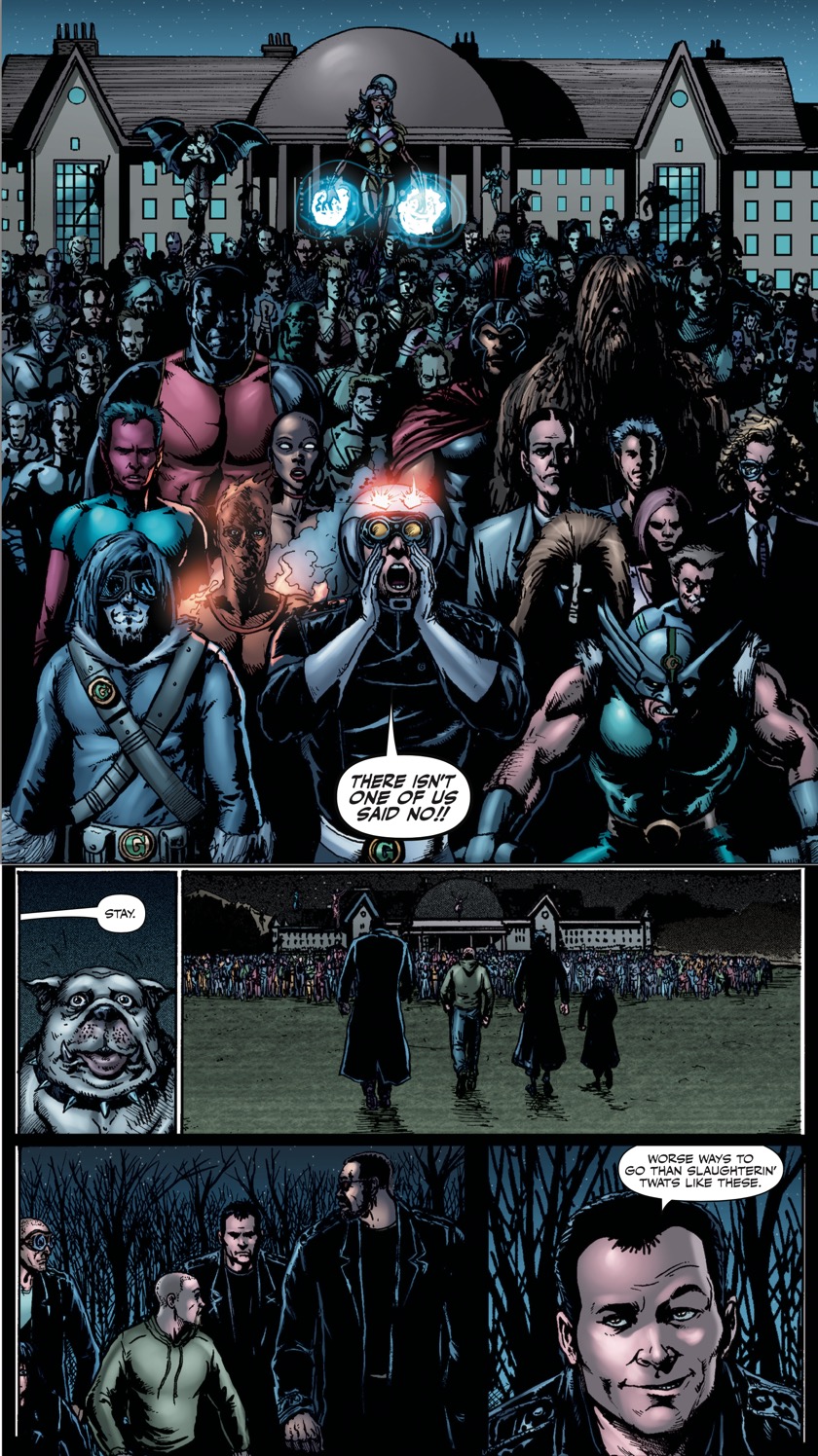