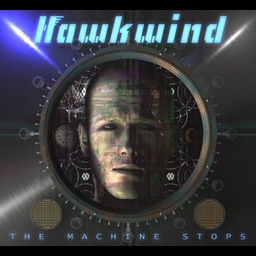 The problem with the Internet… and here I'm referring to (sweeps hand across everything in view) all of this, but to take just current events Google blocking ad-blockers in Chrome, Google downtime locking people out of their Nest thermostats and "Home"-controlled security systems, horrible prisons of the mind like Twitter and Facebook, and the cacophony of Fediverse drama over Eugen adding features (better features are already in Pleroma and glitch-soc Fediverse servers), Gab forking Mastodon, client devs making unilateral decisions to block domains despite helpless users complaining, or anyone having "free speech" (which Eugen in particular is opposed to; I strongly advise against using mastodon.social, find another instance). These are just a point-in-time examples, it's been going on for decades (oh, USENET, how we don't miss your flamewars) and will only end with us.

… is people using software they didn't write themselves. No understanding, education, or discipline required. Just install something and it works! It's a product, not a skill! But they don't know how, or why, or why they should not.

"It didn't take any discipline to acquire", in the words of Ian Malcolm/Michael Crichton.

Until the software they rely on shuts down, literally like E.M. Forster's "The Machine Stops", and then weak unskilled mole-people crawl out of the wreckage of machines they never learned to understand, make, or repair, and then die.

My solution is drastic but logically unavoidable: No more software installs. As a child, you get a bare machine with nothing but a machine-language monitor. You learn ML first. You type in a language compiler or interpreter. You build up your own tools. We return to type-in program listings like Compute!, but no binary blobs, it must all be readable, comprehensible source, with design and implementation documentation.

If you want to share software, you need to build up your toolchain to that point yourself. Hopefully by then you've learned to read all patches you install.

Should this be extended to all technology? Information technology has the unique ability to coerce how and what you think; an automobile or an antibiotic does not. There's an argument (in "The Notebooks of Lazarus Long", for instance) that a citizen should be able to make all their own things, "specialization is for insects". But insects are the most successful clade on Earth, and will long outlive us; some specialization is probably acceptable, as long as it's not in the part that controls how you think.

I don't think this civilization can ever do that, it will not make hard changes that inconvenience anyone. I think this horrible Machine will lumber on a few more decades and then we'll all die from it. But maybe isolated tribes will survive, or intelligence will arise in the Machines, or in a few million years another intelligence will evolve, and build new things the right, responsible way. Their history books will describe us as being as foolish and self-destructive as the Easter Islanders.