Since I went into the launcher early, and dinked around with new characters to keep my connection alive, I didn't have to face THE QUEUE, apparently many people had 10,000+ people ahead of them, and hours of wait.

Even so, launch was slow. I could barely move or pick up the greeting quest, and made it into the cave, before the system settled down enough to let me do anything.

Here's the scene in the Valley of Heroes, 15 minutes into launch: 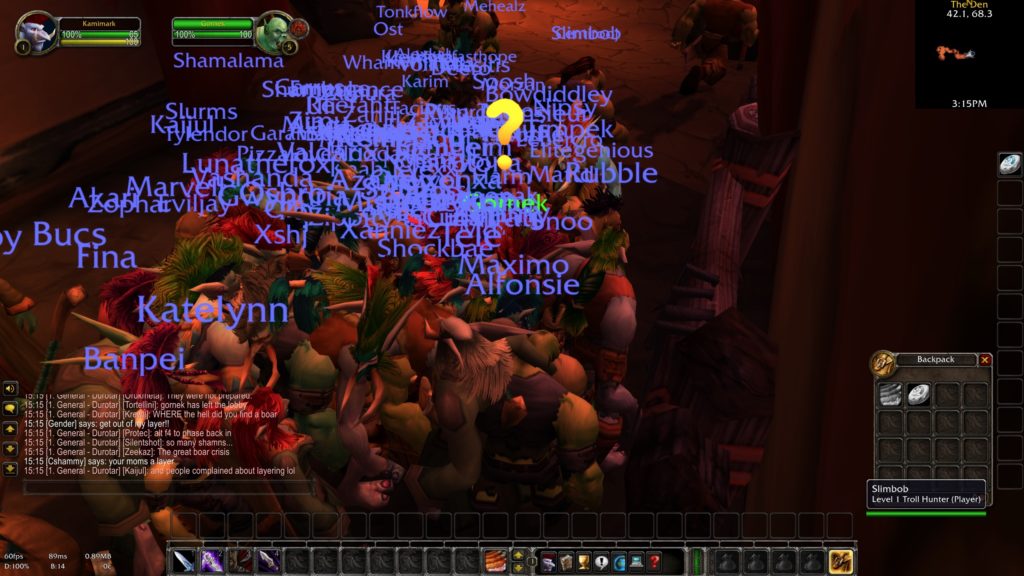 I'm somewhere in that pile of characters. I was only able to click on the quest-giver's ?.

After I got my quests, I went out to kill boars… which was impossible, the ground barely rendered in, the boars never rezzed until dead, chaos. After 41 minutes, I'd killed 4 somehow: 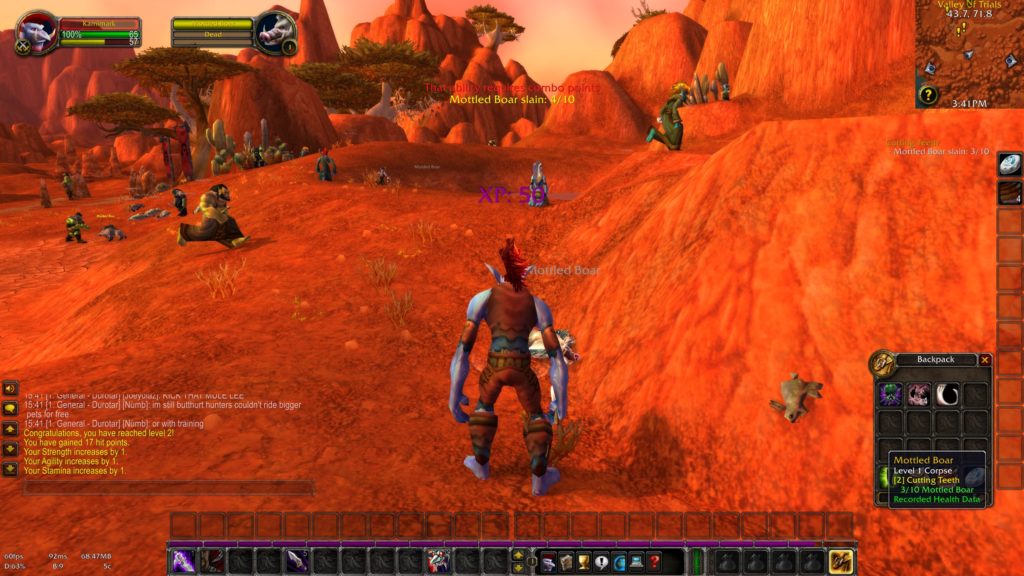 Gave up on that and went out to Durotar to kill scorpids and boars there; higher level than me but I did OK because I am a moderately badass Rogue.

I ran up to Orgrimmar and got Skinning, Leatherworking, Cooking, and Fishing. Many many stacks of leather are collected, some of them end up in my new armor. Went back south to clear the Troll island quests; as with the stress test, it was just impossible to get Zalzane, so I gave up on him. Everything else is doable. 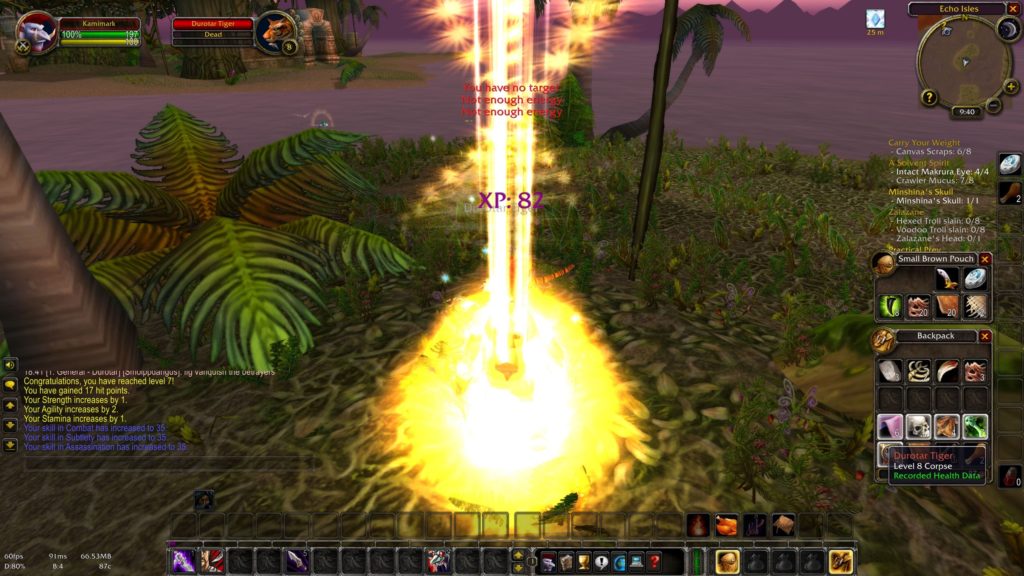 Finally dinged 10, went back to Org and put some green armor and ammo bags on the Auction House; I'll see if anything sold in a bit. Haven't left Durotar yet. 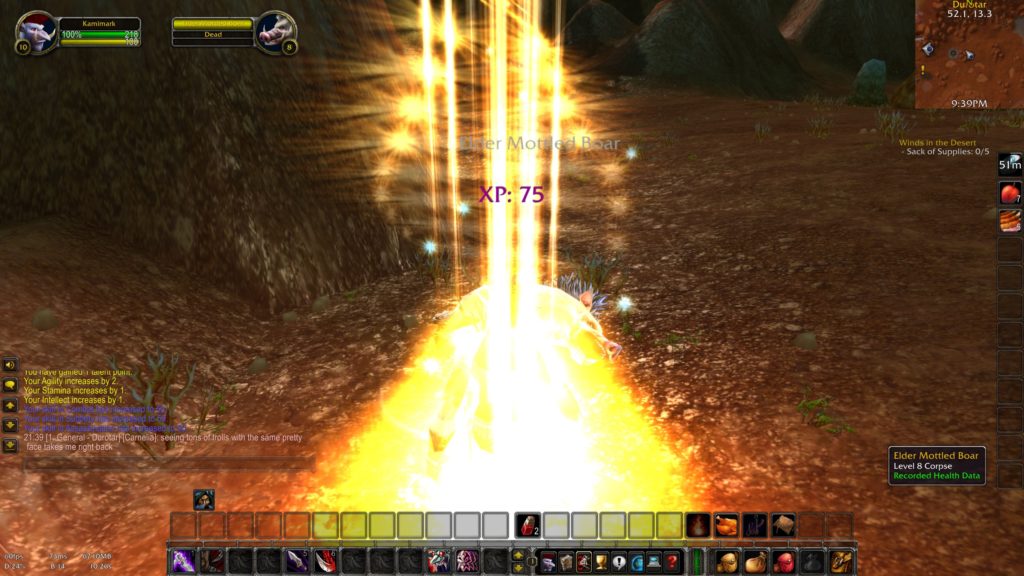 Next stop, I need to hit Undercity for a weapon trainer to learn Swords—I have dual wield daggers, and need one for stealth skills, but dual swords massively increase my DPS. Running to Thunder Bluff as a lowbie is possible, but difficult. Though I watched Crendor's stream while I was doing my levelling, and they gave up on Valley and ran straight over to TB, which was almost deserted. Then I'm off to Barrens to quest. That's gonna be interesting on Mankrik.