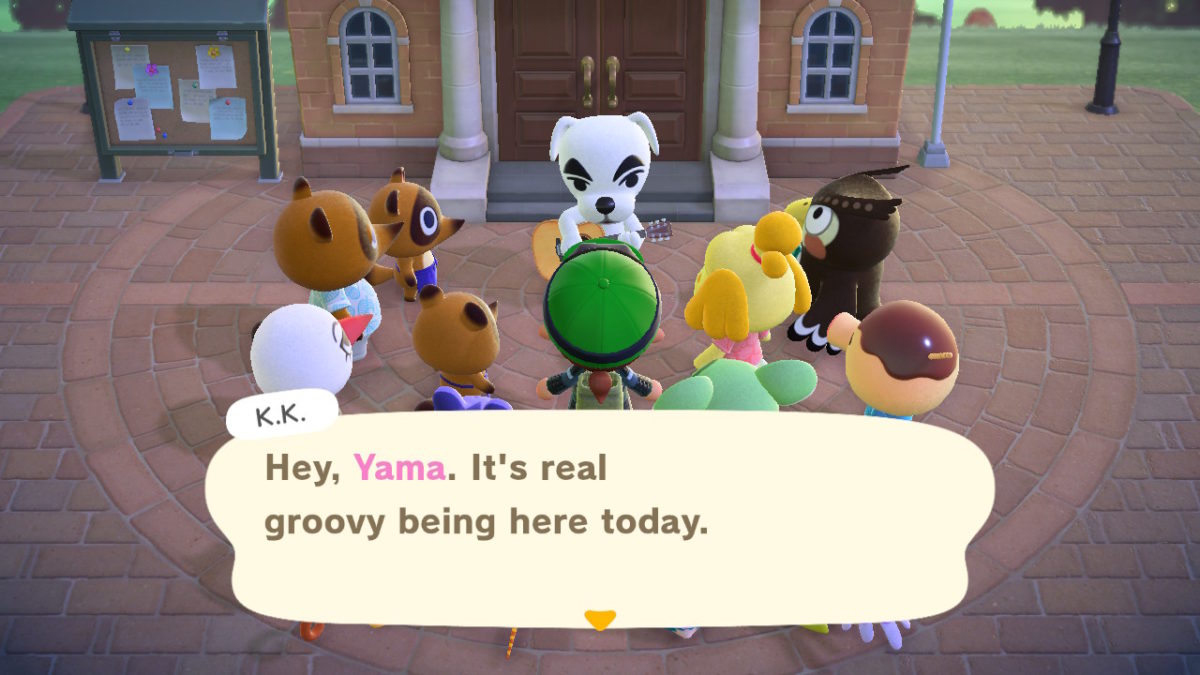 Finally got my town rating up to ★★★☆☆, K.K. Slider to visit, and unlock terraforming! \o/, so I've been digging all day:

Not a huge visible difference, the basic layout was nearly perfect (I would've preferred a mirror image where my mountain estate was on SW corner instead of SE, but I'm fine with it; it's the same layout as my Wild World village), but I moved the river course up against town hall to make a lot more space, added chokepoints (marked with path dots visible on the map) where I can jump across rivers, I'm still thinking about a couple more chokepoints or maybe river stepping stones?. Put a secret passage (covered in paths so nothing'll grow there) out to the north beach where Redd's ship pulls up. The temptation exists to build complex mazes, wipe out all the random character of the island, but so far I'm resisting. A dungeon hidden behind a mountain might be fun, though.

One frustration of this is, you can't change beachfront or the big rocks. I have some very inconvenient rocks in my east beachfront; pulling the cliffs back a couple blocks helped, but it's still not a straight run.

Another is, the entire user interface for building is "press A to do stuff". What stuff happens depends on whether you're 1 pixel forward or back of a grid border. Maybe you'll build up, maybe you'll rip down and create a slope, maybe you'll lower the block. You can't tell until you do it, and there's no grid lines, laser pointer, or undo. There's 14 in-game buttons and 2 joysticks Nintendo could've used to put each function on its own button, but they didn't. Of course, the rest of the interface is Nintendo Awkward, so why wouldn't this be? But it's a long sight from Minecraft (Java edition) where you can instantly hit 1-9 for items/tools, left click to hit, right click to build/place. Maybe they think the target market only knows Minecraft (Pocket edition) which has equally shitty controls, so being usable isn't necessary?

Playing the stalk market (buying and selling turnips) requires a little accounting, so I made a spreadsheet:

Blank copy, if you use Apple's Numbers: Stalk Market blank.numbers

(hello, Twitter, which gets to see my images twice because that's the only way to get them off device, then again when I write a post!)