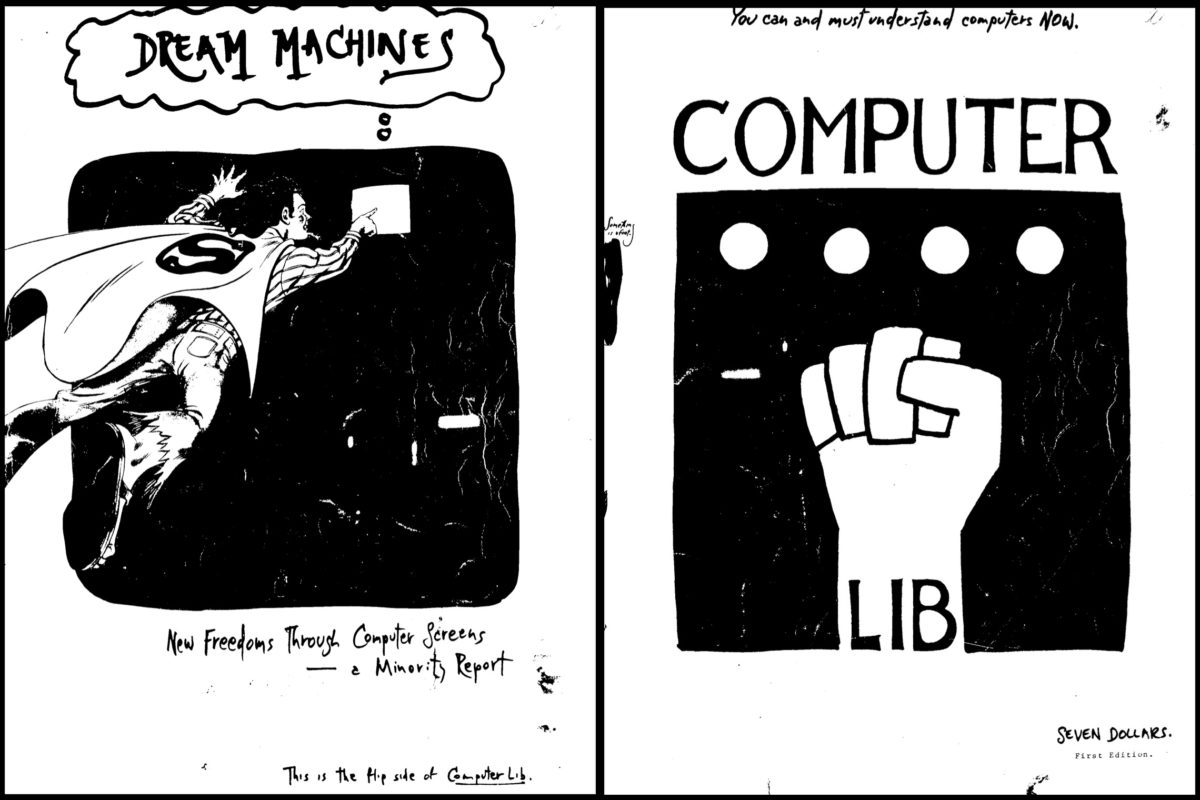 Someone has finally uploaded a (possibly legal?) copy of to archive:

Read it from either end, there's two coherent books written back-on-back like an Ace Double, happily you don't have to turn your monitor upside down.

The first personal computer book (before the Altair came out!), though the PCC Newsletters predates it (and he mentions them). Fascinating time capsule, political tract about use of computers to control you (CYBERCRUD as he puts it).

Any nitwit can understand computers, and many do.
Unfortunately, due to ridiculous historical circumstances,
computers have been made a mystery to most of the world. And
this situation does not seem to be improving. You hear more
and more about computers, but to most people it's just one big
blur. The people who know about computers often seem unwilling
to explain things or answer your questions. Stereotyped
notions develop about computers operating in fixed ways--and
so confusion increases. The chasm between laymen and computer
people widens fast and dangerously.

This book is a measure of desperation, so serious and abysmal
is the public sense of confusion and ignorance. Anything with
buttons or lights can be palmed off on the layman as a
computer. There are so many different things, and their
differences are so important; yet to the lay public they are
lumped together as "computer stuff," indistinct and beyond
understanding or criticism. It's as if people couldn't tell
apart camera from exposure meter or tripod, or car from truck
or tollbooth. This book is therefore devoted to the premise
that

EVERYBODY SHOULD UNDERSTAND COMPUTERS.

Computers are simply a necessary and enjoyable part of life,
like food and books. Computers are not everything, they are
just an aspect of everything, and not to know this is computer
illiteracy, a silly and dangerous ignorance.

In many ways as relevant as ever. Just because you have a computer or "smart" phone, doesn't mean you know anything about its operation, purpose, and purposes you can put it to. Most people just use them as glorified TV sets and newspapers, mass media delivering people.

Unredacted 1st ed, includes some very… Ted Nelson is a white male born in the 1930s, his language about race and sex are, uh… not acceptable sometimes. Be aware.

I have a much longer draft of notes about it, that I'll probably finish up at some point. Now that I can just point you at the original, that gets easier.