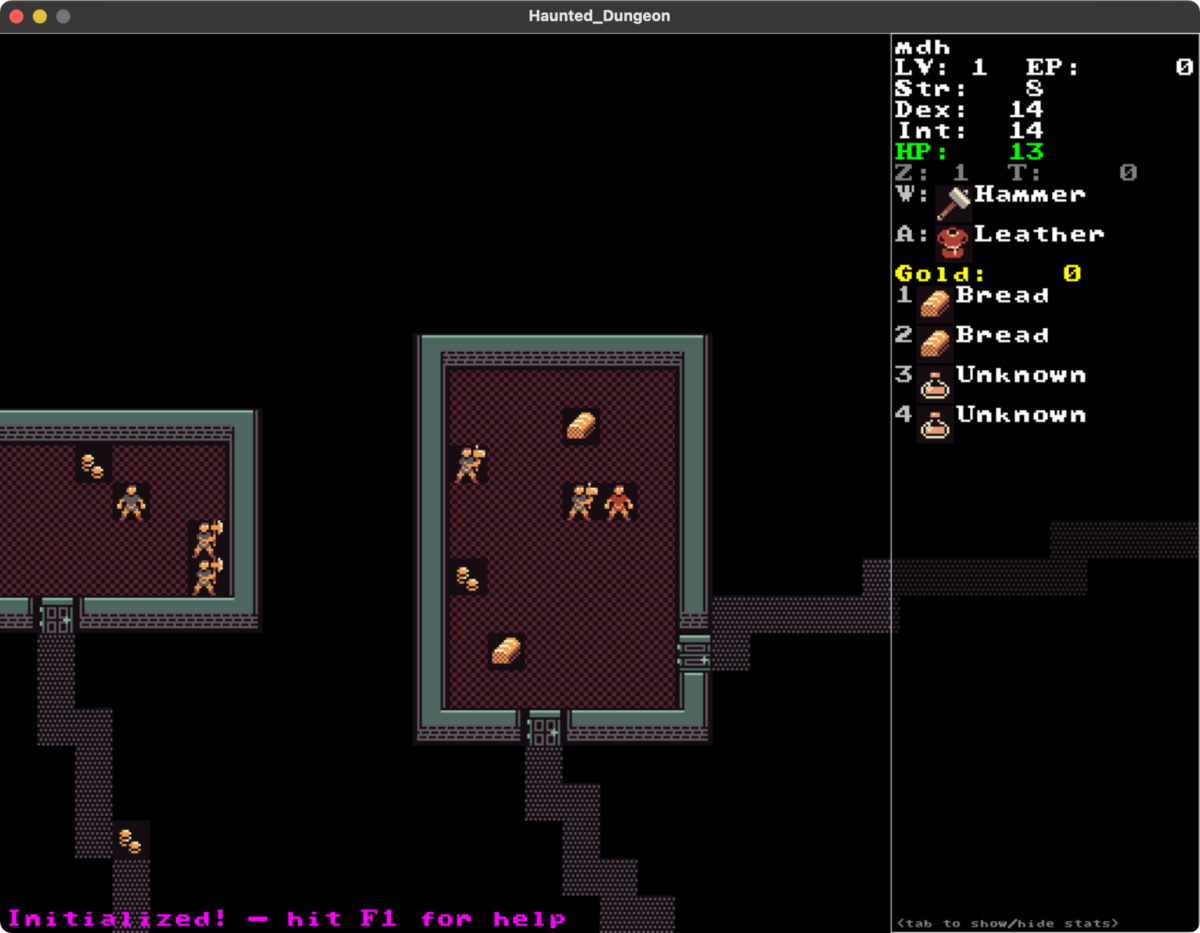 Hey, it's a new and slightly more usable build (still Mac only) of the Haunted Dungeon! You can now use all the weapons & armor, eat & drink food & potions, might even make it down to floor 2 or 3!

Up in the next few days:

I'd love to get some feedback if it actually works on everyone's machine, because I'm doing some weird tricks to make it launch. As noted on itch, if it doesn't launch, or crashes, try looking at ~/Documents/haunted-dungeon.log, email me with that file.

The game's written in Scheme, running on Chez Scheme, with SDL2 from Thunderchez. Then I have an excessively complex Scheme script that compiles it, and builds a .app structure for Mac, and should also make Linux & Windows builds on those platforms (or in a VM, which is how I do it); been a while since I tried those, but once this is solid I'll include those.