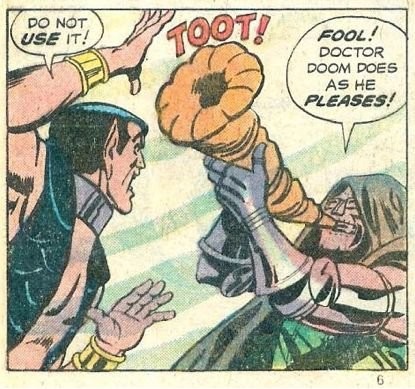 Way back in 2017, Manton Reece (who'd previously made Tweetmarker, a last-read-syncing service back when multiple Twitter clients existed, but then he quit using Twitter!) had a Kickstarter for a microblog/Twitter-like service where you'd host your own content, and a book about that.

3 years on, what's happened with micro.blog? How's it compare to blogging, fediverse, and Twitter?

No book yet, he's kicked the deadline down the road from 2018 to February 2020. Necromancers have a more strict understanding of "deadline". I have no leg to stand on mocking someone else's procrastination, but I do it anyway. Not just out of "where's my book?", but also it'd hopefully explain why he's made some of these decisions.

The service currently mostly hosts content on his silo, a Dreamhosts Hugo configuration, either free as micro.blog/username, or paid as username.micro.blog or your own DNS name pointing at the silo. Or, you can syndicate posts from any other blog, but there are difficult limitations.

There's no easy way to tell, but I believe the userbase is in the high hundreds or low thousands, mostly free. I follow a good number of busy people and see far <100 posts/day.

Microblogging: Micro.blog is, as Manton describes it, only for microblogging. Which means different things to different people.

To me, the Twitter experience was finding your friends at meetups, and links to long blog posts and art, often reposted widely, and then you'd have a discussion in replies. We wanted to see all our friends' replies because that's how you found out what was interesting to them. It was a social RSS reader.

Later as Twitter sabotaged the community to try to become a new Facebook, it devolved into brainless blipverts and morons shouting at you. I think the restriction of short posts cuts off oxygen to your brain and you start to die, which is why people panic and hate so much there. That's the part you shouldn't emulate. I blame Twitter for much of the political situation of the US.

fediverse has a few defense mechanisms against becoming Twitter. Long posts, and content warnings (intended to hide adult or possibly annoying content, often used as humorous titles or to minimize long posts for those not interested) encourage thinking about a post. You can have an intelligent discussion, not screaming slogans at each other.

The early Mastodon (specifically, not so much the other servers) community was rabidly anti-business and anti-celebrity; and I do mean rabid in the way they attacked Wil Wheaton, of all people (he said "Don't be a dick!" and they were dicks to him). There's places more neutral now, but most extremists are still federated. Gab's ludicrous move to fediverse didn't do much for them, since many servers block them and even try unpersoning anyone who doesn't. But mastodon.social is a hive of scum & villainy like Twitter, so beware of large instances.

Manton's view, as I understand it, is that microblogging is just conversation in short SMS-like messages (280 chars for m.b, which maybe provoked Twitter into doubling its 140? But fediverse posts are 500+). Titles are not allowed, or it becomes just a link with no context, summary, or images (except the current bug/design flaw which does post 16x16 flyspeck icons of your images).

In WordPress, titles are not realistically optional. The scheduler and batch editors are nearly unusable without them, all the blog themes look bad and can't be easily navigated. WordPress is for writing—I don't like the Gutenberg editor, but they clearly understand the power of Johannes Gutenberg's printing press—generally long, coherent thoughts and essays. Even short linked-list content, like my music of the day, needs to say what it is first, and I put effort into writing puns, poems, or suggestive descriptions. Just irreconcilable.

Art: m.b does sort of support photography. Originally it cropped all photos square, compressed to some small size, run thru one of a few ugly filters like it was still 2010—but now if your post is hosted on the silo, it'll post a photo unmolested, I believe. If hosted elsewhere, and you have no title, and low enough char count, it might post your images, rescaled to some smaller size, after some processing time; all the joy of 24 Hour Photos for the 21st Century. There's even a separate iOS app Sunlit, sort of an Instagram clone, but rather pointless since the main m.b app or Icro (a 3rd party iOS client) will read the whole timeline and also post images. Now's a good time to see this in action, as there's a "pin" for posting a photo every day for the month.

If you have a title, you get the flyspeck icons instead of actual art. This might be my biggest problem. I put effort into making a post fun & interesting, and it's stripped to a bare text link.

Tagging: m.b has its own solution, which is a limited (10? 4 of which are America-centric sportsballs) set of emoji. If you post ? it'll show up in a discover tab about books. It's pretty quiet.

This is totally incompatible with WordPress, where categories are named, or Twitter or fediverse, where #hashtag is standard, so you need both to syndicate your taxonomy. Since m.b doesn't pick up any post content with a title, I'd have to put emoji tags in the title which is weird and puts a bunch of hex escapes in the URL slug. And most of my posts are unclassifiable, because I don't talk about sportsball; where's the Scheme programming emoji? The Sumerians invented a system of syllabic writing 5200 years ago to get away from pure hieroglyphics because they couldn't have enough symbols to represent every idea. Maybe in another few thousand years this new hieroglyphics idea will fade out.

There's no search function in m.b, though search engines generally crawl some or all of the timeline. Search in fediverse is limited to your own posts and stars, public hashtags, and user accounts, but also search engines and all sorts of research and marketers scan the public timelines, it's easy to find anything. Blogs are nice and persistent, and search engines work fine with these.

Reply hazy: In Twitter, a post has a permalink, and if you click that it shows the post & replies, as you'd expect from a silo. Actually, it now makes you hit "more" links all thru the thread because Jack hates the Twitter-that-was.

m.b has no visible permalink in the apps, but does on the site. Except where it doesn't, like in replies, where you need to click the reply date to see the reply & one parent, then the upper name, and you can see the thread.

WP of course only has comments, but they're just down there.

fediverse permalinks show only immediate parents & replies, except the root post shows all replies (sometimes including 1000+ reply "hellthreads" which will peg your CPU, it's great fun).

In theory, all of these are connectible by webmention protocols and ActivityPub and IFTTT, in practice even nerds like me only have patience for one cross-wiring.

Identity: Possibly the weirdest part of micro.blog is the sign-in system, which has no password. It sends a token to your email, you click the link and you're logged in until you clear cookies, which I do rather often. Since there's no username/password, the browser can't remember it for you, and there's nothing in 1password. Somewhat more dangerous than other email recovery systems, since there's no "something you know and something you have", it should probably have at least a recovery PIN.

Remember the "pins" from Art? They're achievements, but hidden away in the site, Account, pins; there's no way to see anyone else's, or compare to global stats, or anything like that. Likewise, you can't see anyone's follower/following count exactly, tho it does list "Following N users you aren't following".

The profile if you're using the free account is incredibly minimalist; an avatar and short bio, no ability to theme it. If you pay for the silo, you can theme your Hugo instance, but it's fairly limited because most Hugo themes don't work with title-less posts, either.

Back in the day, Twitter let you customize your colors and page background, but now it's generic with a little header image if anyone looks at your profile.

fediverse has a much more extensive bio, up to 4 key/value links (I use them for Blog, BBS, Patreon, and Pronouns), and tabs for all your pings (aka toots/awoos/posts, depending on server), pings & replies, and media posts.

Of course, you can do anything with WP; I'm on the Twenty Sixteen theme, but heavily customized, and I may strip out the stock CSS soon to make a few tweaks easier.

Where are we? So, this blog seems nearly ideal to me now. I need to clean up my categories, and there's a few site & style hacks I'd like to make, but it's the happiest I've been with a technical system in a long time. Audience is good, at least by current standards. I'd love to get more, but Scheme, RPGs, music, movie, videogame, & book reviews, and space news may just be a niche intersection.

Syndication is my big problem, and unfortunately micro.blog is by far the least capable of the 4 places my posts go out to, and aside from commenting does nothing an RSS link wouldn't do better.

I couldn't, or wouldn't, go back to a SMS-level Twitter service, so posting on m.b the way it's "intended" isn't useful.