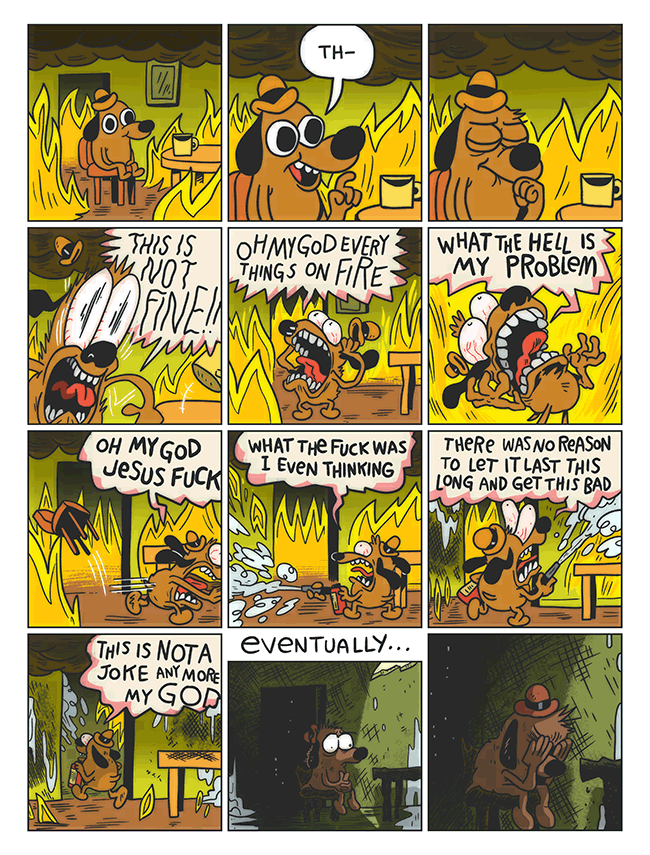 This is a post for Twitter users. Your yearly reminder that Twitter is run badly by terrible people, it's getting worse, and you're in a neverending cycle of hell, doomscrolling.

OR, you can come over to Fediverse. If you were on app.net back in the day (or really, micro.blog last few years), I can invite you to appdot.net or you can join anything on the fediverse.party, or join Mastodon - just don't choose mastodon.social or other >10K user instances, try to spread out a bit. We're all safer if we decentralize! Don't just put a different Man's boot on your neck!

Fediverse has better social interaction, you can choose to look at just your home (people you follow), Local, or the entire nearby Federated feeds; some days Federated's too much. Dip my toes in and see if anyone interesting is up there, otherwise just see what my friends are saying. You can post world-wide, local, followers-only, or "direct" (not quite private, but close). You can block & report people, or block an entire instance if they're all assholes.

The tech is better. Most instances have a 500-char post limit, some have higher limits, and some allow Markdown or raw HTML markup (most don't, tho). Quote-tweeting doesn't really exist (screenshot-dunking is a reportable offense), threading actually works. You can enable some local & global trending tags, but don't. Search is deliberately less useful, to prevent bad actors from searching keywords and attacking you in a private conversation. If you want it to be searchable, add hashtags. It's not 100% secure from scanning bots for ads or "research", but they're uncommon.

The culture's probably a bit of a shock if you spend all your time in the shit. People have their own interests, but aren't generally screaming about every disaster. There's, on the mainstream instances anyway, no fascists, tankies, transphobes, or Republicans (they've been exiled to "truth.social", a Mastodon fork without federation). You'll have to find actual news sources instead of random links promoted by Russian spambots.

Couple of get-started guides for you:

I promise you it's much nicer than what you're putting up with now.