Chicken's mediocre performance is causing me problems, so I'm taking yet another language tour/spike.

Looking at Gerbil Scheme, as a faster Scheme and as a bonus it's closer to R7RS. It has far less library support than Chicken, but does have a FFI, and compiles to a native binary through C, so I really don't need too many libraries.

Instead of the #!key #!optional #!rest keywords used in Chicken and some others, Gerbil uses a literal template style for functions:

I like this style better, but I dislike the "def" keyword (which uses the enhanced lambda that does this) instead of "define" which uses "lambda%" (traditional lambda).

Gerbil uses [] for list construction, and {} for method dispatch, so goodbye to the nicely distinguishable braces I was using in Chicken. The spec says implementations can do what they want with those symbols, but I wish they wouldn't. Ah, well. I'll add a shitload more whitespace and some comments and it'll be fine.

The struct/object system in Gerbil is pretty nice, they're slightly upgraded records, but there's an (@ obj field) syntax instead of (MyClass-field obj), and (defmethod {mymethod MyClass} ...) creates a polymorphic {mymethod obj args} which finds the right method for any object, which is especially useful for inheritance.

I tried doing some VT100 graphics just to proof-of-concept, but it's doing something to the terminal, such that the same escape codes which work in Python don't clear the screen fully in Gerbil. After a short losing battle with stty and termcap, I give up on that and I'll jump right to writing a C FFI to SDL, because in 2019 that's easier than writing to a console.

Daily reminder that everything we have made since 1984 is overcomplicated junk. On an Atari 800, this took a few seconds to type, and you could start coding a nice UI instantly: 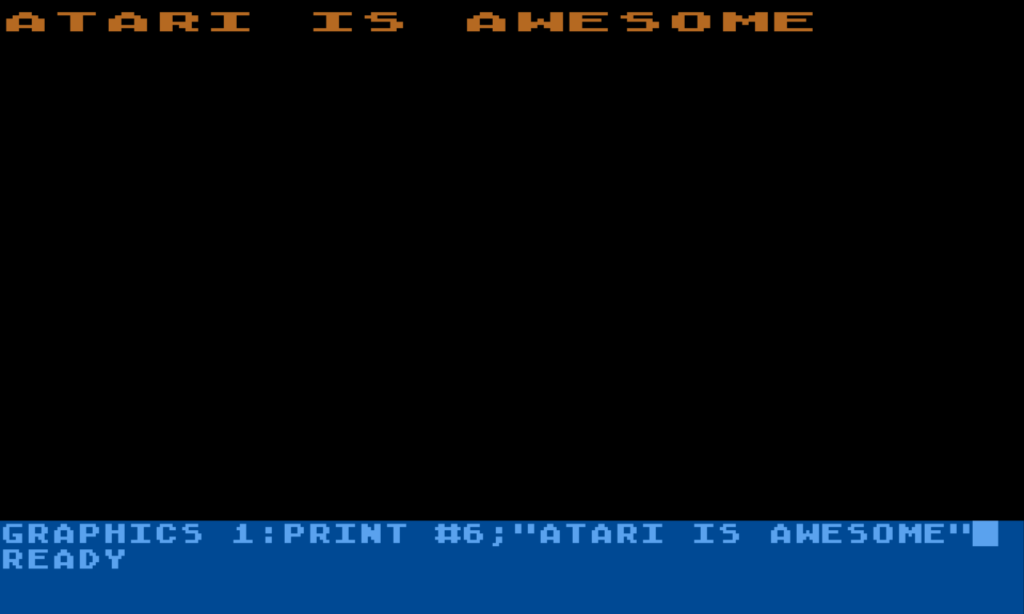 Alas, we live in a fallen world, so this is going to be trouble. Here's my Gerbil FFI template so far:

Gerbil has a Scheme-based build system, but I'm a caveman so I make another build.zsh:

Hooray! Unconditional success! Only took all afternoon and a half-pot of coffee!

Now I "merely" have to wrap all of SDL (well, just the parts I need) and get linking working and oh sweet merciless Cthulhu. And I still won't know how much this'll help my performance until I'm days into it. But, the first step is the hardest.