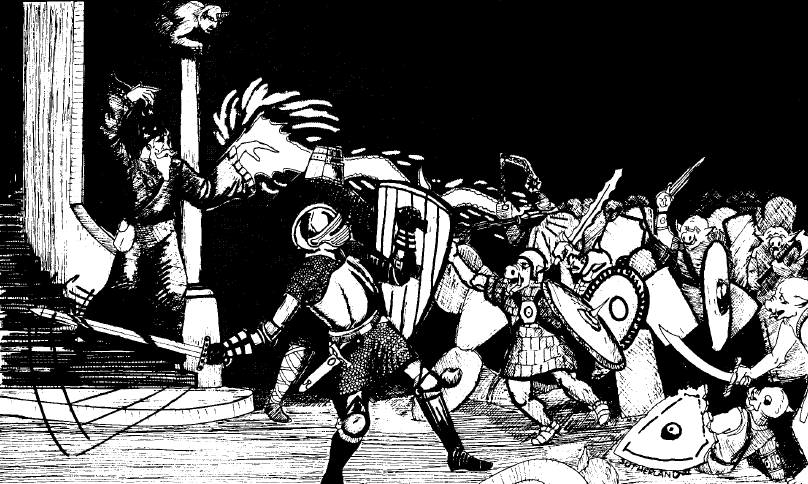 Nice to see this directly addressed. Obviously I still prefer my solution which was just to replace Orcs with a more sympathetic species, but WotC is a business with tight margins so they'll just do the minimum necessary to not be running a minstrel show.

I've never really used "Drow" except in the GDQ modules (Giants went great, never got a party to finish Drow, let alone Queen of the Demonweb Pits), I preferred the Sidhe from Celtic myth making all "Elves" pretty, alien, and sociopathic (interesting point, there's a subworld of Queen, "Caer Sidi", which inspired me to get into Elves-as-Sidhe!), and later the Gazetteer Shadow Elves created underground Elves with a grudge, but they're not Drow. Having the black-skinned, white-haired Elves be "evil" and relentlessly, cartoonishly cruel torturers, poisoners, perverts, and backstabbers wasn't one of TSR's better takes. And then R.A. Salvatore, the third-worst writer in the world (I've read two of his books, part-way, and they're so bad it's impossible to finish them), made his Mary Sue character Drizzle-doo-wah-Diddy who's the One Good Drow, which became TSR canon. I'd flush the entire archetype, I don't think it's fixable.

The Vistani thing is also pretty hard to fix. They're stereotype "Gypsies". You can pull elements out to make carny folk, maybe, but if you have a tribe of thieves and soothsayers in a caravan it's obvious what you're doing. There's also Romani-based caricatures in Greyhawk, and who knows where else, it was a very popular trope with the '80s-'90s TSR writers, because "a Gypsy tells you your fortune" is a super easy plot hook, if you're unaware/unconcerned about your racism.

Changing ability score modifiers is weird. Now, there's no modifiers in Original D&D, everyone has the same 3d6 scores down the line, and fairly simple species special abilities and some harsh class limits. AD&D 1st Ed added the racist & sexist race vs stat & class tables, and each following edition dug in further. Hm, looking at my AD&D PDF (bought back when Paizo had the rights), I could swear in the original print back in '79 there was a Human column up front there, that's been redacted, where Human females got 3/17 Strength and probably Constitution & Charisma (being used more for leadership in AD&D, and women leaders were Not A Thing to those guys). Was this changed in a later printing? And the Half-Orcs got seriously shafted here. 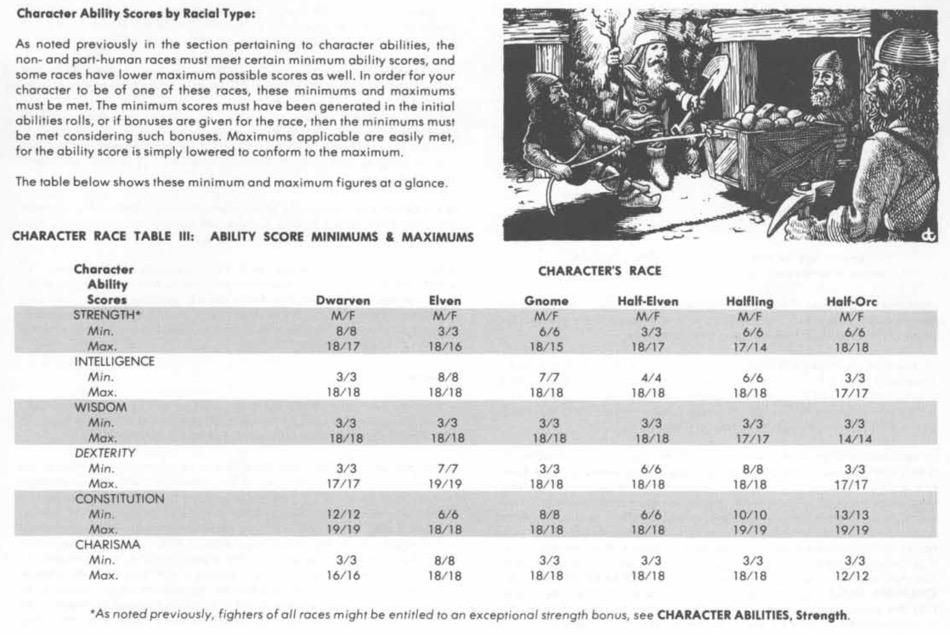 Note this is the AD&D 1st ed text on Half-Orcs. "Orcs are fecund", "player characters which are of the half-orc race are within the superior 10%". What the fuck, Gary? 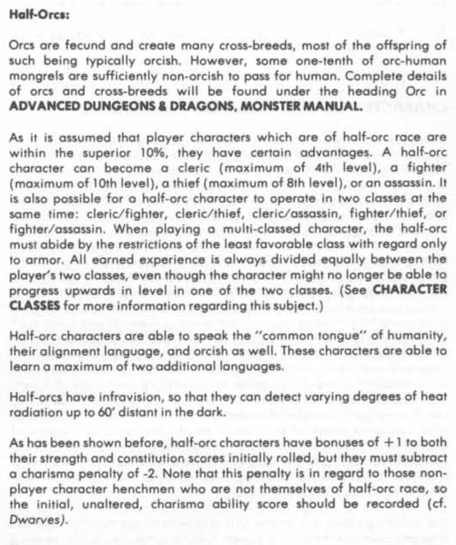 I don't really have any use for D&D 5th Ed, it's a cartoony game with 10-100x as many rules as it needs, and they've dug themselves into this hole by pushing out old content which was noted as being problematic 20 years ago, but at least WotC's a little self-aware of the things they're publishing now.