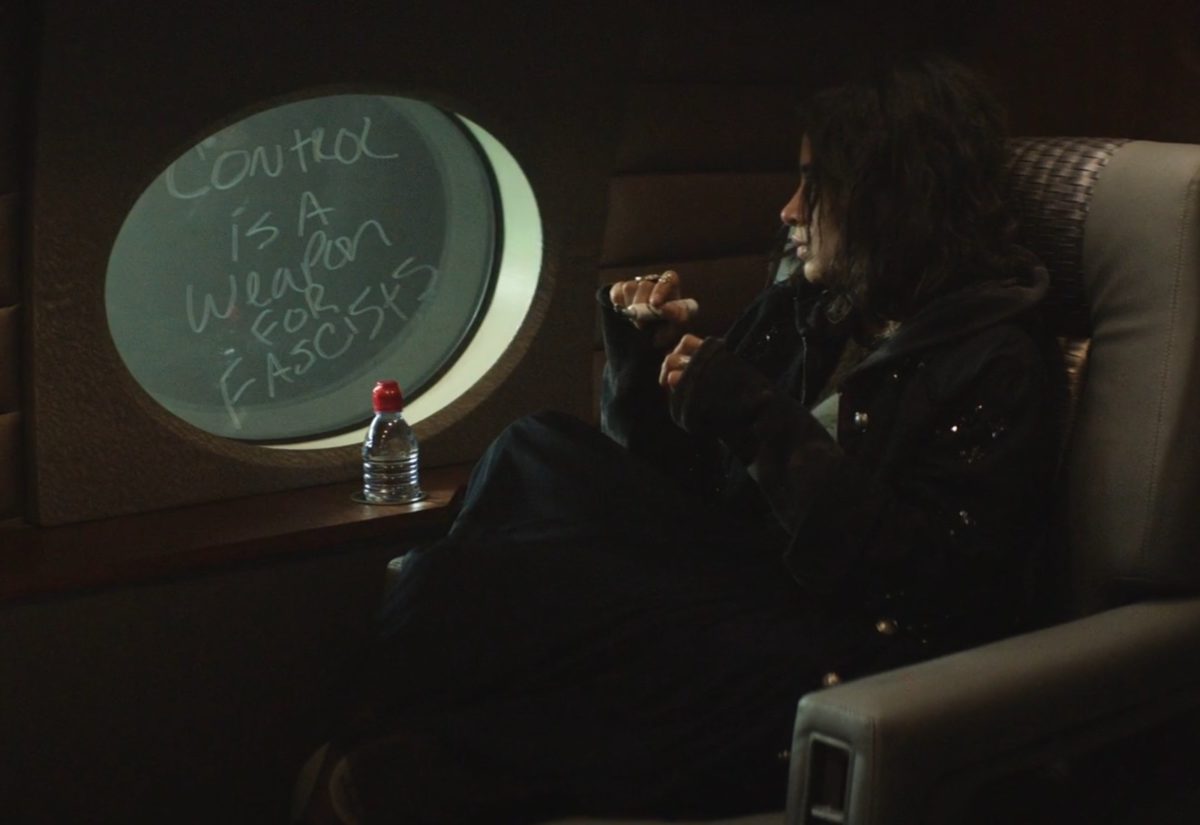 So back in 1989, Grant Morrison took over Doom Patrol, which had been around in various forms since 1963, the original genius in a wheelchair, deranged freak "students", fighting weird enemies and society, months before the X-Men. Except instead of having white kids (and later token Storm & Jubilee) stand in for racism with a trite ending every time; Doom Patrol had broken people stand up for themselves, insane, crippled, or just weird as they are. Grant took a weird thing and made it weirder, with increasingly postmodern, deranged plots and villains that just make no sense, cut-up stories and art. Great comic, everyone should read it. Don't bother with anything Grant didn't write. 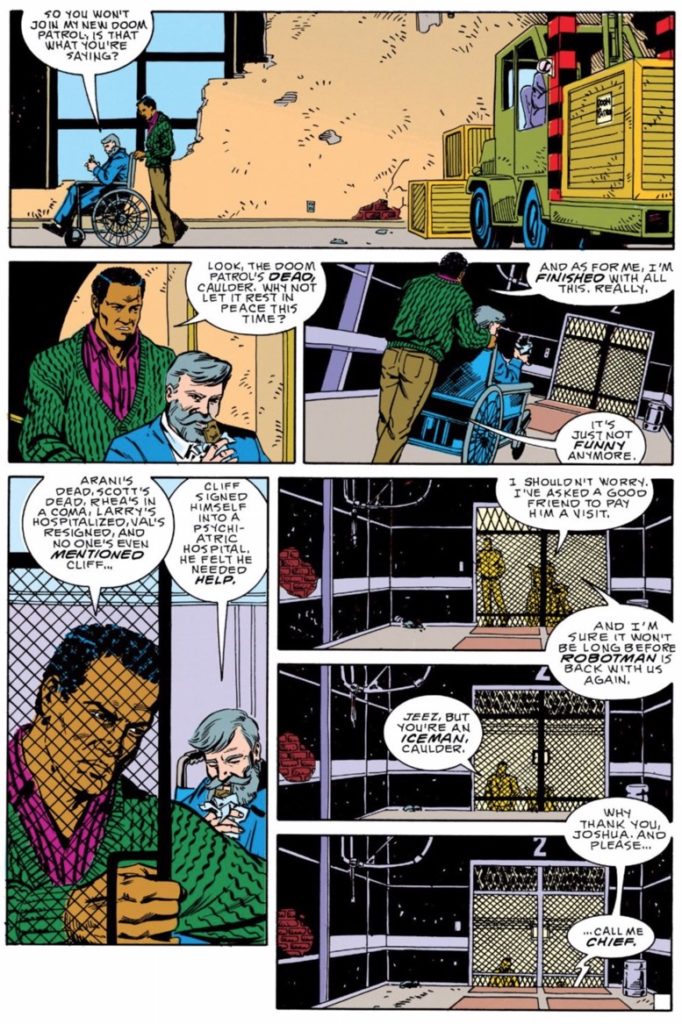 The show on HoboMax does a decent job of making a core Doom Patrol team: Larry/Negative Being (but not gender-changed Rebis yet?), Cliff/Robotman (voice-acted by Brendan Fraser), Jane/Crazy Jane, Rita/Elasti-Girl, Niles/Chief, and Vic/Cyborg. Larry's easy, a body-wrap of gauze and a shitty ball lightning effect; he whines about his wife and boyfriend a lot, nobody cares. Cliff has a fairly good whole-body suit, and we see a few flashbacks to frumpy Fraser when he had a body. Jane gets a bunch of additional voice actresses for the alternates, her powers are mostly shitty jump-cut teleports and such, the only impressive power is speaking words into steel floating in the air, which become knives. Rita's a pretty good special effect, instead of growing and stretching, she just turns into The Blob but made of fat tissue, oozes into or over everything, and her character trying to fight what a horrible thing she is, is well-portrayed.

Chief, I haven't seen a lot of yet, he's a pompous, secret-filled, treacherous jackass who'll do anything to "put things right" but also to work on his Human experiments; it's Timothy Dalton, so he may be able to pull it off. Mr Nobody, the main villain, is Alan Tudyk, and he gets some CGI erasure to be half-there, which is fine, he mostly just chews scenery and taunts people, nothing actually happens.

The problem here is Vic, fucking Cyborg. In the old Teen Titans comics, Cyborg was the joyless stick-up-his-ass bureaucrat part of the team, but he was opposed by the far more competent Robin/Nightwing, and Beast Boy and every other crazy vigilante to shout him down. Put in with the Doom Patrol, they're no more respectful of Vic the Dick, but he's the least crazy and so kind of runs roughshod over them. Someone please dump him in a recycling bin. Every scene Vic is in is just a drag.

I'm kind of impressed they mostly stuck with '80s-style practical effects and lowest of low-budget surface CGI/painting on the film effects. There's nothing here they couldn't have done back in the '80s.

Speaking of, there's a… setting trick. So, Doom Patrol is deeply tied up in WWII mad scientists, and it's written, set in the '80s. But this show is set in the present. They just skip 30 years, assert that everyone stayed in the mansion and didn't age. I don't know if this will ever be addressed for how dumb it is, but whatever, it lets them have the original crew & villains somehow in 2020. Don't think about it too hard, I guess.

The plots are gibberish. There's a hole in the ground that eats a lame town, and then they travel into a donkey, in order to spit the town back out. They travel to Paraguay and watch a puppet show, put on by living puppets. They're certainly trying to be as weird as Doom Patrol, it's fairly pointless so far, but I'm amused for the most part. It could use some editing to get the pacing up (easy: Just delete every scene Vic is in), these 44-minute episodes feel 2 hours long.