In a move almost surgically designed to piss me off, Automattic[sic] sent me junk mail "Claim your Ultimate Traffic Guide". Which after you click thru, tells you "Save $100! Only $17!" for a pamphlet of SEO marketing poison.

Every single thing in there is evil. Sending junk mail to my service addresses for blogs; I've gone thru and maybe got all their "send me spam" switches turned off again, but they'll just add more "send me NuSpam®" switches in 6 months.

The click-thru validates that they reached your account; which they already had that information in web bugs for most people (me included since I was on mobile, where I'm less secure).

Charging whatever you want for a book is fine. Claiming it had some SUPER value of +$100 as a discount is straight out of late-nite infomercials of the '90s. "Offer not available in stores! It chops, dices, it makes julienne spam!"

Scumbags can't even honestly label their spam and scam.

Anyway, just a heads up.

(I am aware there's other blog engines. Some are even not written in PHP, which is an automated virus loader. Some don't have a shitty company backing them. And yet, that choice is already made, and at least it's on my least favorite free license so I could cut the cord entirely. But I'll make sure Automattic[sic] gets no money from me.)

I hit the bookmark link to my site (Cmd-4 for no good reason in my Safari tabs). Hover +, Post. I'm in the edit screen.

Write my title, make sure the slugline looks OK, write the post in Markdown (I use Jetpack; YMMV if you're using bare WordPress).

Screenshot or art? I just drag it in, hit OK in media library.

Pick categories & tags (I always duplicate my categories in tags; again your process may vary), hit Publish. Note crosspost to fediverse, Twitter, and micro.blog. Elapsed time: 2 minutes at most?

Yoast SEO is a WordPress plugin that's supposed to make it easier to cross-promote your pages and analyze how people enter & use a site. It can verge on black-hat, but mostly it's been a positive.

Today they decided to turn on an ad banner inside the WordPress admin, on every page, with an impossibly tiny little (x) that you can't actually hit first time; so they must think they have the best click-thru rate since the spank-the-monkey banners of the '90s.

So I've uninstalled Yoast, gave them a 1-star review like many others. I'll find other, ethical ways to "build engagement" and "brand" and all that. I don't know what kind of data they managed to extract from you in the time I had it, and for that I'm sorry.

I would say I'm shocked a company misread their audience's tolerance for being preyed on, but waves generally at the Internet it's really not that unusual.

The codebase of Gutenberg is difficult for all of us, because no one in the wpa11y team is a skilled React developer. So it was hard to implement changes and write PRs ourselves. What we could do is test, tell what’s wrong and what it should be and hope a developer would pick it up. A lot of a11y work has been done by the Gutenberg team but major issues still exist.
…
The results indicated so many accessibility issues that most testers refused to look at Gutenberg again.
—Rian Rietveld

Note "a11y" means "Accessibility", because of course we don't write it all out.

All of this suggests that Gutenberg was pushed out because it was useful in business competition with SquareSpace, not because it helps any WordPress users. The classic rich text editor was fine for many newbies, and then they'd graduate to HTML or Markdown, neither of which are rocket surgery, when they needed more control.

Despite my heavy use of JavaScript, I've never touched React. It seems to be an attempt to combine a native UI model with web rendering, which is an utterly alien environment. But there are minimal React a11y guidelines; many of these seem tedious to implement, like those dropdowns, but not impossible. This likely would've gone better with static HTML and normal JS controls where necessary to create blocks.

Went ahead and updated to 5.0. And immediately hit a "No update required" bug, had to shell in and disable the cache. Great testing, Automattttttic.

Took a look at Twenty Nineteen theme, but even after completely customizing the CSS, it was screwing with my layout in unpleasant ways. In 2019, blog columns are 640px wide, instead of 840px in Twenty Sixteen! Nope. So updated 2016, restored my Fake Emoji Fuck Off, more custom CSS, and things are back to normal.

I'm ignoring Gutenberg for now, but Jetpack's got a Markdown block, so that may usable someday.

Am I really better off with this giant pile of junk, instead of going back to blosxom or some other static generator? I could write my own in a week. Well, I would miss media management. Automatic reposting to Mastodon and Twitters; I could script that myself, too, but Twitter's hostility to APIs means I'd be constantly fixing it or cutting off Twitter. So I'll stick with this for now.

In brief: I tried to use Gutenberg for that, and it's fucking garbage. It repeatedly failed to load, just a blank page, and then after a couple tries it came up. It recognizes pasted-in Markdown, but doesn't let me write in Markdown. It makes half the window unusable whitespace instead of more editor. So I've installed the Classic Editor plugin. Why the fuck would they make their editor less usable? 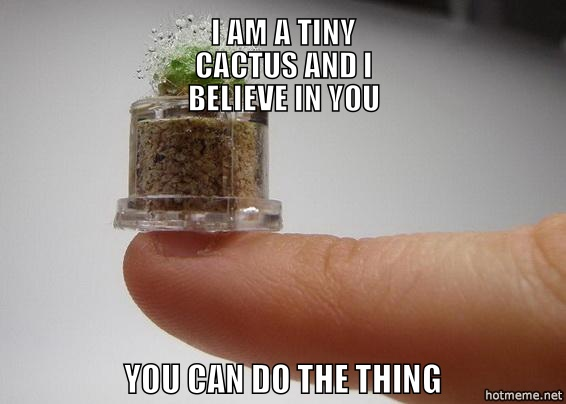 WordPress does a lot of things, not always well, but better than other blog platforms. But occasionally it runs amok like a toddler on espresso scribbling over your stuff with crayons and shitting in corners before falling down in a huff.

Today, it decided to replace my emoji with terrible little pictures again despite using the Disable Emojis plugin, so I gave up and edited functions.php (Appearance, Editor). And took this opportunity to uneducate my quotes so you can actually use code I paste without having to run it thru BBEdit's "straighten quotes" text menu. I didn't invent any of this, but it's all buried in obsolete version advice.