But I can't read all the tweets in Safari, because the "moments" feature doesn't work: "403 Forbidden: The server understood the request, but is refusing to fulfill it." Reloading it in Chrome worked. Neither of them has me blocked.

As @ashleyfeinberg wrote: “press him for a clear, unambiguous example of nearly anything, and Dorsey shuts down.” That is not unfair characterization IMHO. Third, I will thread in questions from audience, but to keep this non chaotic, let’s stay in one reply thread. #KaraJack
—Kara Swisher
I grade you all an F on this and that's being kind. I'm not trying to be a jackass, but it's been a very slow roll by all of you in tech to pay attention to this. Why do you think that is? I think it is because many of the people who made Twitter never ever felt unsafe. #karajack
Got it. But do you think the fact that you all could not conceive of what it is to feel unsafe (women, POC, LGBTQ, other marginalized people) could be one of the issues? (new topic soon) #karajack
—Kara Swisher
Yeah, it's Chinatown, Jake. #KaraJack
—Kara Swisher

I would've quoted Jack, but he literally said nothing of substance in the entire thread, only "we tried". Tried and failed, Jack.

What a catastrophe, a giant horrible threshing machine of hate with a doofus asleep at the wheel.

The right solution is to shut Twitter down and switch to federated systems. Fediverse routinely "blocks" instances which allow abusers; those instances can remain their own little world, but not interact with the rest of us. And users can block or mute people and domains based on their own needs. I recently muted mastodon.social, the "flagship" instance, because it has many abusers and little moderation. The Federated timeline I see now is so much nicer without m.s. If I want to see what Eugen or their local timeline is doing, I still have an m.s account I can check in with, but I don't bother unless someone refers to current drama and I feel up to reading drama.

Moments where I laughed out loud, scaring my dog:

"PostgreSQL Goes to 11!
A database management program has not yet ceased development. The speaker will read the version control commit log for one hour."

"Shouting at computers while some shoddy software desperately attempts to parse and respond to this input is apparently preferable to using any of the well-supported existing input devices that come with every single computer on earth, so this talk will be well-attended and extremely beneficial to anyone who has nothing better to do on Sunday afternoon."

"The Current and Future Tor Project
Updates from the Tor Project
The United States Defense Department's most successful honeypot sends its apex bureaucrat to reassure paranoid Europeans that they can still totally trust all this stuff, you guys. Everything's fine. We're on your side. Route all your traffic through us. It's for your own good."

And much more! Sounds better than a weekend in Reno with an ounce of coke and a stripper named Candy, and no more than twice as likely to leave you with a permanent infection! 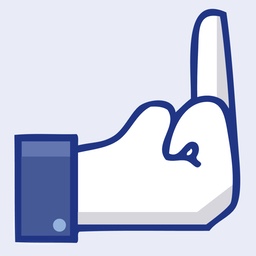 On the one hand, Microsoft under Satya Nadella are… still evil, but less annoying about it than they were under Steve "Eats Kittens For Breakfast" Ballmer and Bill "Never Met Someone He Didn't Fuck Over" Gates. Satya just wants to rule the cloud and Office licensing, and seems somewhat aware that Windows alone is not suitable for that task, and that Microsoft's own programmers are mediocre at best.

On the other hand, watching FOSS nerds freak out at this has been amusing. Some will manage to move to self-hosting their own git servers again as people used to before Github centralized "decentralized version control". Remember how we all had our own Subversion and Mercurial servers (and Bitbucket if you wanted C-DVCS)? Good times are back. A lot of people are going to learn very hard lessons about backups, redundancy, and system administration.

On the gripping hand, Github owns Atom, and Microsoft also has VS Code based on Electron; are they going to fuck up my IDE of choice or even "integrate" it into VS Code? Ugh. VS Code is too much like coding in Eclipse for my taste, no fun.

lee-dohm: I just want to let everyone know that we're here, we're ok, and that as soon as I have any news to share that I'll bring it here to all of you :grinning:
Just to let everyone know, I've been given assurances that Atom remains key to GitHub. Our product roadmap is
set and the team will continue all of their work.

If your photos are hosted on someone else's servers, it's not any better that it's a novelty fart/emoji app maker than the rotten corpse of Yahoo!, or Verizon which is only less-evil than the Evil Empire of AT&T by virtue of not having an actual Death Star as their logo.

You should have your photos on your computers, backed up as far away from your computer as possible, with the ones you want public shared on a site you control.

No reports yet of dead bodies in the penthouse pool. Yet. ?

Legit email from Jeff Bezos
One correction: "Because I believe all Amazon employees should be free to cry at their doordesk no matter where that doordesk is located."