It occurs to me after a number of rereads (now up to "Dagon") that Ruthanna and Anne there live a callow, sunlit, happy existence, don't really know much of the world, and have never read a history book. "He was as wrong about humanity as it’s possible to be without actually believing that we’re all sessile pebbles"1: No, he was not.

World War I, which informed most of Lovecraft's despair at Human stupidity and imminent extinction, was then exceeded by World War II in every kind of atrocity, and that was exceeded by the Communist states during the Cold War and beyond. There is no depravity or horror to which Humans will not sink given power and the ability to "other" people. "Kindly, liberal, crippled, New Deal" FDR imprisoned and robbed 120,000 Americans of Japanese ancestry; the Tuskegee syphilis experiment treated Black people as test animals. The KKK was still terrorizing and lynching in the South (still is, if smaller). It's still unsafe to walk or drive or stand around in Starbucks while Black in America. Immigrants and refugees are treated like unwanted vermin in every country. Humans murder each other over minor differences in skin color, birthplace, language, or what name to call some fairy tale god (or for saying it's a fairy tale). No joke, Humans blow up other Humans over cartoons of their prophet. Half of Americans voted for the Cheeto thing that squats and defecates in the White House.

Any notion that Howard's xenophobia is excessive for his time, or even now, is just delusional. He was an asshole about race, and perhaps about gender (very scant evidence, from a time when few male writers wrote women except as objects), but the distinction is that he was more literate and expressive of his bigotry, while the assholes next door just couldn't write about it coherently. If he'd been into politics, he'd have been the William Safire of his time. Somehow he found his way to the weird tale instead.

So when his narrators see the real owners of the Earth, and they're nothing like Humans, of course they flip out. What are Humans going to do when confronted with fish-frog-humanoid things, unspeaking but greater in intelligence, ancient and undying, worshipping gods (or godlike aliens) who provide true power? As in "Shadow over Innsmouth", bombing the Devil's Reef is a minimum possible freak-out. Somehow they pull back from provoking a full-out war with billions of living demigods, and the Deep Ones (being our moral superiors) are uninterested in great conquests of the land.

Howard does have characters who don't flip out at the alien, like the narrator and some other abductees in "Shadow Out of Time", but then when he's confronted with the truth of our imminent doom, he loses it.

I am extremely pessimistic about First Contact, and I expect that true AI will end very very badly for Humanity. Nobody's going to show up and say "You're totally ready to join the Federation of Nice Planets!"; we'll either meet Conquistadors, exterminators, or if we get to a lower-tech species first, victims. Ideally, alien contact would unify Humanity, but more likely every group will seek their own advantage and agenda.

As for the reread, I'm switching to publication order, then see if they or someone else has any commentary for a story. I've previously read some of ST Joshi's annotated books, but his apologies and delusions are just as annoying.

No reports yet of dead bodies in the penthouse pool. Yet. ?

"What is it?" "It's a book. A non-volatile data storage mechanism. Everyone should have one." —Blank Reg
? 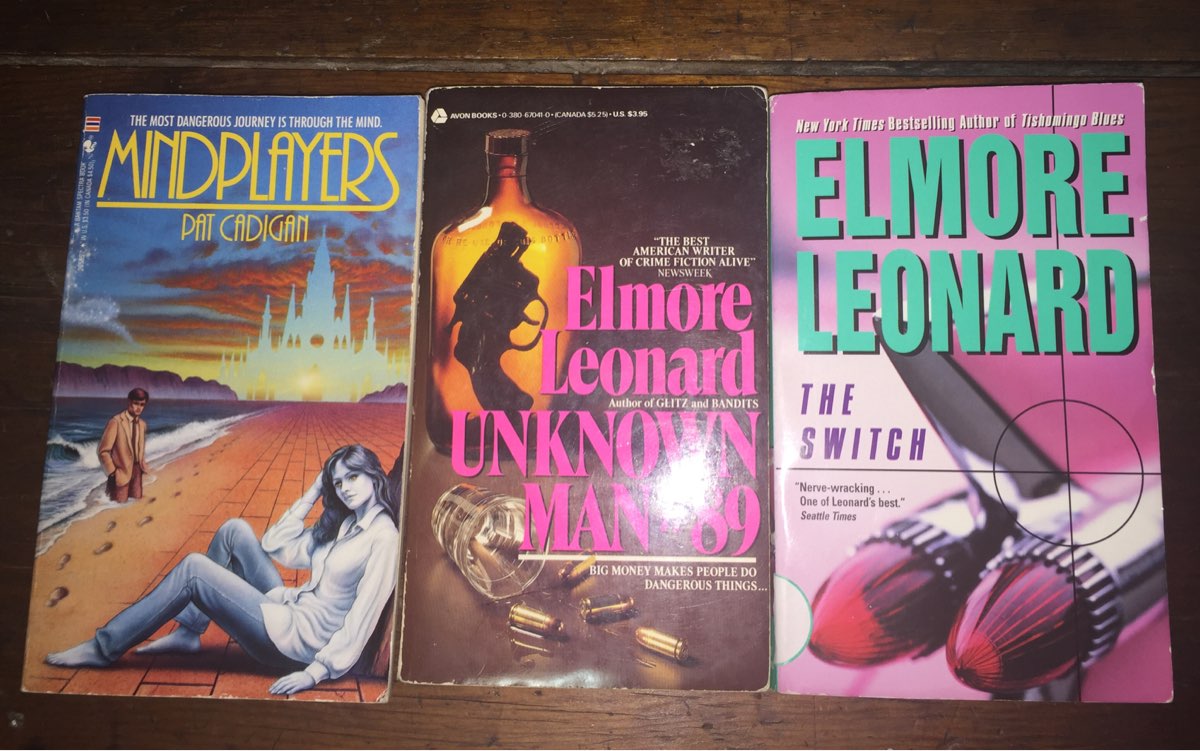 A good starting point is not the beginning, but ewd 249, Notes on Structured Programming

"Program testing can be used to show the presence of bugs, but never to show their absence!"

I would never suggest stealing a 42-year-old book, but there's legal and not-legal PDFs of this easy to find: 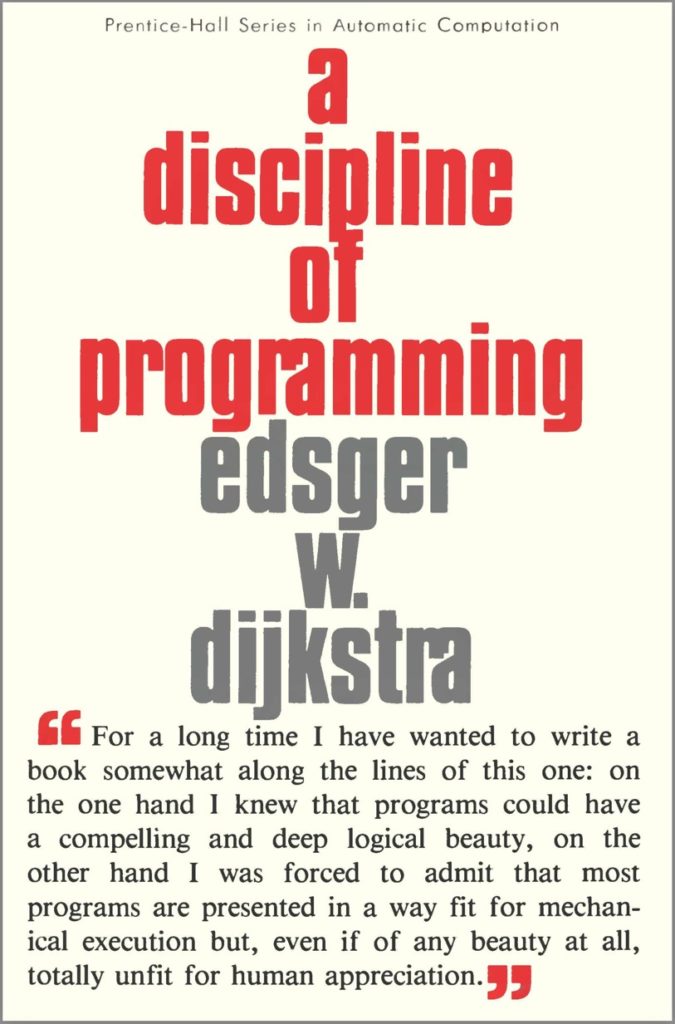 In which I read old SF mags with interesting covers and writers I recognize: 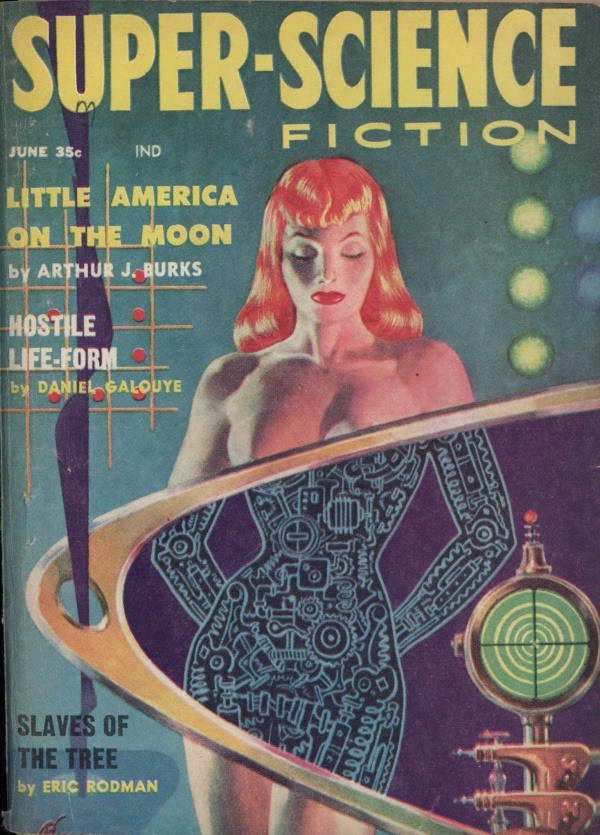 Saturday Music is a little spacey.

Murderbot with no Asimov program just wants to watch TV, but is rudely interrupted by threats to its human clients and awkward social skills.

There's not a lot more to say about this novella, very fast and fun, rather Heinleinian. Murderbot is adorable, a cyborg made from clonemeat with autism-spectrum social problems. The mystery/puzzle of the plot is deducible from evidence given, though the political rules aren't, but they're just there to drive Murderbot's character study.

The science, where present, is inoffensive; some kind of expensive wormhole for FTL, otherwise plausible electronics, software, and cybernetics. Not much of the background is given, and I'd like more in this setting, perhaps a picaresque with a unit like Murderbot going star to star solving problems like the Incredible Hulk TV show.

"So, I’m awkward with actual humans. It’s not paranoia about my hacked governor module, and it’s not them; it’s me. I know I’m a horrifying murderbot, and they know it, and it makes both of us nervous, which makes me even more nervous."

And while you're listening, why not reread Less Than Zero (don't watch the shitty movie, they just took the title and some character names) and American Psycho (do watch the partially-shitty movie, if only for the Huey Lewis scene, which is how I will always remember Jared Leto).

Here in the post-apocalyptic shithole of the 2010s, nothing's lit in neon, I can't get music videos on MTV or cheap, pure cocaine from trustworthy Colombianos, and I blame the Republicans.

Dichronauts is another of Greg Egan's "what if {MATH}" stories, like Schild's Ladder, Incandescance, and the Orthogonal trilogy. Often I describe him as the only Hard SF writer.

The world posited by having 2 space dimensions and 2 time-like leads to casual relativistic effects when you turn in a time-like direction, so it's sort of like Edwin Abbott's Flatland or AK Dewdney's Planiverse, in this case beings waddling on a mostly-east/west line, up/down being the other usable space direction, with symbiotes who can "see" sideways into the lightless cone north/south with sonar. So, uh, read Egan's paper explaining this and play with the simulation first.

While buildings are mentioned and the moving of one shown, I think not enough pages are given to the presumably vertical, thin architecture or how engineering or life would work.

Seth (Walker, wannabe hero) & Theo (his much smarter Sider symbiote) and others go off on a survey mission which finds some difficult terrain, a terrible cult-like town, and then a strange part of geography that could doom everyone.

The first two adventures are quite comprehensible (if you read the paper), and the physics don't interfere much with the story. Then the third goes into a different space/time region. And here he mostly loses me. The geography of the new region is hard to understand, and Theo doesn't spend the necessary "As you would know if you had paid attention, Seth" time to make it clear to me; I get the math on a flat plane but how it works in this region could use a diagram or two.

The drama in the first two parts of the survey would have made a better complete novella, I was engaged with the characters and cult plot. The last part winnows down the cast to one/two somewhat sad companions, and a communications barrier, which makes it even harder to care. The ending is abrupt and inconclusive. For a sequel, or just "done with this exercise, hit publish"?

"Do you really expect my counterfactual longings to be consistent with my merely hypothetical speculations?" —Theo